Facts About the Colombian Language was last modified: August 1st, 2020 by Anita

Facts About the Colombian Language

In the past, a lot of languages used to have a great influence on every aspect of life but slowly faded into nothingness. Today, such vernaculars are considered dead languages. But most of them didn’t really die. The way they affected literature, poetry, and art it was impossible for them to just fade away. Even if people stopped using them in daily conversations, they continued to exist in one way or another. Some of them are still read by linguists to understand old texts. While some got divided into different branches, new tongues sprang up from their ashes and took center stage in the world’s affairs.

The vernaculars known as Romance Languages today have their origins in Latin, the tongue of the Romans. When the Roman Empire was living its days of glory, Latin was enjoying the best kind of protocol. It was respected and admired by everyone. Then came a time when knowing Latin was considered a remarkable thing. Anyone who could speak Latin became the target of envy from their peers. But after that, Latin lost its importance. However, not before clearing the path for new powerful tongues like Spanish, Portuguese, and Italian. Today, the vernaculars that originated from Latin are spoken by a huge number of the Earth’s population and that is proof that Latin isn’t really dead after all.

There are a lot of tongues that spread throughout the world with time. But none of them had as huge an impact as Spanish did. Mostly tongues faded into background after a few years of getting introduced to a new society. Even when they didn’t, their position always remained secondary. But none of them ever held true for Spanish which not only went far away from its place of origin but also made a permanent home in those new surroundings and is still thriving in those locations. It is remarkable that over twenty country’s constitution recognizes Spanish as an official language. The presence of the tongue in South America is especially remarkable considering the way it has become an inseparable part of the local culture. 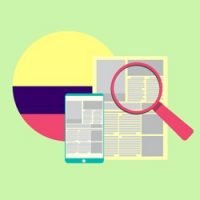 A lot of the time people don’t even realize that people of most of the Latin American countries speak Spanish. The same can be said for Colombia. People assume it is a language called Colombian that the people of the country speak when it is actually Spanish.

Facts About the Colombian Language:

The vernacular that made its home in over twenty countries is really something special. The fascinating features of Spanish have made it possible for the vernacular to keep on affecting people’s lives even after all these years. Here are some interesting facts about the official language of Colombia:

This Romance language has four hundred and eighty million native speakers in the world which makes it the second most spoken native language. The number of students of the language are also remarkable and keep increasing every day which means it also comes high on the list of most spoken second languages.

There are organizations that control industries. Without the rules set up by these organizations, every industry will be in a state of chaos. Although Spanish is not an industry, the Royal Spanish Academy was created to regulate its usage. It publishes dictionaries and grammar rule books that are adapted by the countries where Spanish is spoken. This practice helps keep the tongue the same everywhere with only a few minor differences.

The internet is the place where everyone lives these days but maybe the Spanish speaking people more so because it is the third most popular language on the web. However, if you consider only Facebook and Twitter, Spanish becomes the second most popular tongue.

Although it is called a Latin language, Spanish was also heavily influenced by Arabic. A lot of words in the vernacular have Arabic roots that can be easily detected.

Certified Translation Official Papers from Colombian Language to English for the US: 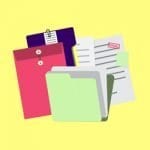 When you are applying for the US visa, all your papers will have to be in English. You will need to get certified translation of official papers from Colombian Language to English in order to make sure your application gets approved. With the help of the translation, the visa officials will be able to verify your identity and they will have no reason to reject your application. However, make sure to find the right translator or translation agency. They should have prior experience working with official papers for certified translation. An inaccurate translation is just as bad as an absent one. And when you are applying for immigration or a visa, you have to be extra careful with your documents so that no mistake from your end can jeopardize the whole process. So, make sure you are choosing the right person or company for the task.