How Many Languages Are Spoken in New York was last modified: July 27th, 2020 by Anita

How Many Languages Are Spoken in New York

The earth is huge and full of mesmerizing sites. There are cities famous for their architecture, while some are known for their natural beauty. These different aspects make every place unique. That’s why everyone has at least one different name on their travel bucket list. But then there are cities and countries that are on everyone’s list. They are known everywhere around the globe, and no one can resist their appeal. One such place is New York City, whose value has increased over the years due to the various movies that were shot in it. Kids’ movies that showed the snow in NYC on Christmas Eve made everyone fall in love with the place.

The New York City of today is very diverse. One reason behind that is the many immigrants who have made the city their home. It is the most populous city in the US. Forty percent of the New York State’s population lives in NYC. It is filled with people of different ethnicities. They all celebrate various cultures and speak unique vernaculars. So, Christmas isn’t the only festival you can celebrate while you are in NYC. If you have friends in different communities, you will get plenty of invitations throughout the year.

How Many Languages are Spoken in New York?

Studies are always being conducted to figure out how many different languages are spoken in New York City. According to one estimate, as many as eight hundred different tongues are spoken there. The city is divided into different boroughs, and the primary tongue in most of them is not the same. English is the most spoken vernacular in the city due to its importance in the US. But in some boroughs, it is only spoken by a small percentage of the community. And then there are areas in which the community can hardly speak or understand English.

There are a few neighborhoods where outsiders may have trouble getting around because of the lack of locals who can speak English. However, such areas are rarely visited by tourists. Most tourists will be able to spend their time in NYC without meeting anyone who doesn’t understand English. 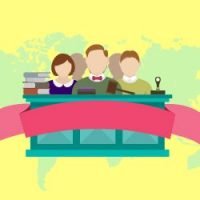 Here are the top languages spoken in New York City:

South Asians constitute a significant percentage of the city’s population. Indians and Pakistanis make up most of the South Asian American citizens. That’s why Hindi and Urdu are some of the most important languages spoken in New York. The older South Asian population constitute plenty of individuals who are not familiar with English. The elders of the family that immigrated to the US in their old age and never had to communicate with English speaking Americans didn’t learn the vernacular. These people can be found in different areas of Queens.

The number of Chinese citizens living in NYC is quite high, that’s why there is a Manhattan Chinatown there. Although there are various varieties of Chinese, the majority speaks Mandarin. In close Chinese communities, Mandarin is the only language used for communication. Some of these people are not familiar with English or refuse to speak it unless they have to. Majority of Chinese interact within their own communities, which is why they can do without having to talk to English speakers.

Another important community living in NYC is that of the Arab people. Over the years, immigrants from different Arab countries ended up in New York. Although the flow slowed down somewhat in the last century, it picked up the pace again when internal conflicts destroyed the home of various Arabians. The nationals of Syria and Lebanon make up most of the Arab citizens of the US. Arabic is quickly becoming a very important vernacular on the international front, but now it has also gained popularity in America due to the huge number of Arabs living there. The close-knit communities of Arabs also don’t speak in English much, but the younger generations are adapted to the modern vernacular quickly to adjust in the foreign land. 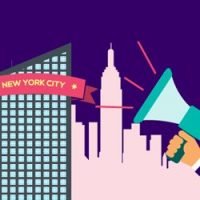 Germans have been in NYC for a long time now. They were the first ones to build a non-English speaking enclave in the US, which was known as Little Germany. But in the past few decades, Germans have quickly adapted the values of the modern world. In fact, most of them rarely speak their vernacular when they are among foreigners. They have adapted the American values and can hardly be distinguished from the English-speaking citizens of New York.

Other tongues spoken by a significant number of New Yorkers include Japanese, Korean, Greek, Italian, Polish, and Russian. Africans make a considerable percentage of America’s population, but most of them speak the official tongue of the US. There are a few native vernaculars that they speak, but most of them aren’t heard on the street. These indigenous tongues are quite unique and only have a few speakers in NYC.

The diversity of NYC is not going to go away. It can work as an ideal city for the rest of the world that thinks diversity and coexistence are not possible. Every country can get inspiration from it and build its policies to promote diversity instead of campaigning against it. If people of eight hundred languages can live and thrive in NYC, so can the rest of the world live in peace with its different cultures and vernaculars. It is our differences that we must be celebrating instead of trying to discard them to adjust in the world.