What Is Immigration? was last modified: April 10th, 2021 by Developer

10 Apr What Is Immigration?

In this article, we will cover that how we can define immigration and what is to immigrate. We are also going to have a brief look at the terms that fall under the definition of immigration such as asylum seekers, forms of immigration, and undocumented persons. Let’s take a look at what is immigration.

Immigration is the movement of people from their country of origin to a foreign country, of which they are not natives. People travel for the purpose of becoming permanent residents. Hence, travel for visiting purposes and tourists do not fall under the immigration meanings. People migrate from one country to another because of several reasons: Familial, social, political, personal, or economic. 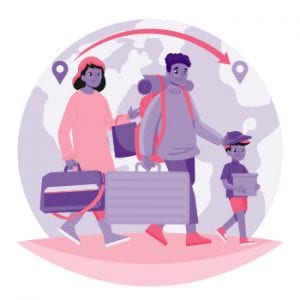 Modern-day immigration traces its roots back to the post-World War II period. Imperial participation in the defense of the United Kingdom resulted in increasing immigration during the 1950s and ’60s. However, hundreds of immigrants are from Asia, mostly from Pakistan and India. This is a great example of immigration from history. In the rebuilding of Europe’s infrastructure, there is a great hand of immigrants. Immigrants having high skills and good qualifications in their home countries played an economic role by taking low-skilled work and low paid work. They faced hostility and discrimination. Hence, this leads to the formation of minority communities and ethnic groups. This resulted in the assimilation of diverse cultures in European countries.

There was an inflow of Asylum seekers in Western Europe. Asylum became a large-scale issue in the 1990s. Hence, states started to maintain control over their borders and port of entry.  They begin to keep a proper check of immigration status, illegal immigration, and immigrants who can stay as permanent residents. The effectiveness of border security operations was properly examined. The selection of legal immigrants varies in different states. However, in the U.S. there are three components of legal immigration flows:

AIt is reported by the United Nations that the number of international migrants was 191 million in 2005. It has risen to 200 million immigrants globally by 2006 according to the international organization of migration. The number of international migrants has reached 244 million by 2015. Europe, Asia, and the U.S. host the largest number of immigrants. Hence, the U.S. has the largest immigrant population with 19% of the world’s total. However, a survey conducted by Gallup in 2012 found the 640 million adults would want to immigrate if they had an opportunity. Most of them want to move to the developed countries. Those who would the U.S. as their resident country were 23%. Seven percent of them would love to immigrate to the UK. Other top desired destination countries include France, Germany, Canada, Saudi Arabia, Australia, and Spain. 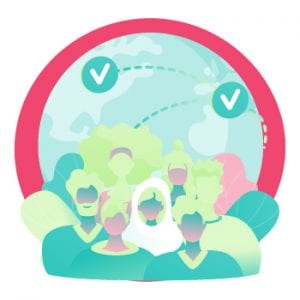 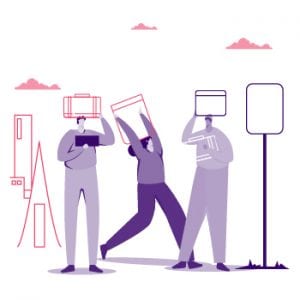 The process of immigration is associated with great social, cultural, and economic benefits to both the immigrants and the states. However, both the home country and the host country get impacted by immigration. Even American children will have an impact on their lives if they choose to go to another country or even continent.

Economic immigrants travel from one region to the other regions to improve their quality of life.  The most common reason that why immigrants leave their home includes:

A positive economic effect has been found in native populations due to immigration. Whereas, low-skilled natives are adversely affected by low-skilled immigration. Many countries have their visa restrictions and immigration restrictions. Hence, the entry of the person to the country for the purpose of gaining work is not possible without a valid visa. Whereas, temporary workers, students, and tourists can remain in the U.S. with non-immigrant visas and student visas. Thousands of foreign nationals work and live lawfully in the U.S. under nonimmigrant visas. The U.S. citizens and immigrants have differences in their characteristics such as low English language ability. Hence, immigrants reject to work with U.S.-born workers and they are more likely to work go for risky jobs.

Other major reasons for immigration include oppression, religious persecution, political structure, wars, and genocide. No matter what is the reason behind but immigration provides new opportunities to the immigrants. However, it requires a lot of hard work and sacrifices for a better future.

How the immigration system of the U.S. works

Immigration laws of the U.S. are complex than that of other countries. They have a strict immigration policy to handle the legal status of the immigrant population. Various laws have been passed to determine the status of immigrants including unaccompanied children. The Immigration and Nationality Act is the body of the law governing the current immigration policy.

Hence, the impact of immigration on the economy of the U.S. has been positive. Refugees and immigrants from countries add trillions of dollars to the U.S. GDP. Despite all these positive impacts, the U.S. has become a more restrictionist policy government. Hence, these policies include increased immigration enforcement, the imposition of fiscal cost, and threatening the immigrant communities and the community leaders.

Today’s immigrant population in the U.S.

The state of the border and interior enforcement

To deter undocumented immigrants, the U.S. border patrol has made continuous efforts. changes have been made to the asylum procedures, interior enforcement, and border security. Hence, protection of the U.S.-Mexico border has taken care of from previous years. Border wall and fencing towards southern border have been built which is very costly. In Texas, the construction of the border wall remains controversial. Border agents at the U.S- Mexico border take effective measures and patrol every mile of the southern border. Moreover, border patrol randomly inspects illegal entry through U.S. ports of entry.

People have to wait for a year before they can have heard their cases in the immigration courts. It almost takes 673 days. Children with legal representatives have more chances to win their cases.

Refugees in the U.S. come from all over the world. Admission of refugees in the U.S. has been trending upward. Government agencies are critically handling all vulnerable populations. Resettlement agencies have been working all over the country. However, the U.S. refugee admission program aims to make settle them into American communities and to make them economically self-sufficient. The federal government is also ensuring public benefit, labor protections, and other basic rights for legal residents.

If you still have a query regarding unused visas, public services, or Asylum claims, you can get in touch with an immigration lawyer or check this out. However, if you have advanced degrees or college degrees, you’ll need to get them translated. And we are here to get you that annual admission into your favorite university. All you have to do is just get in touch with us and share your requirement. 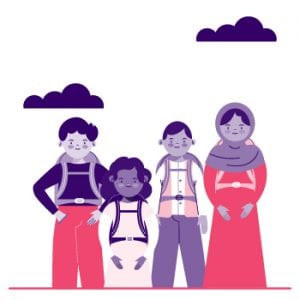