Many people think that if humans didn’t have any differences, the world would be in a lot better shape than it is today. Although world peace might have been easier to achieve if we all had the same thoughts and beliefs, it wouldn’t have helped things overall. We fail to realize how many things work because of our differences. If we all had the same thoughts, none of us would have tried to do something different and invented things. If we had the same tendencies, we never would have tried to discover anything. No differences also mean no debates and that would have meant a stagnant society where nothing ever happened.

A world where everyone held the same beliefs and thought the same things would have been quite creepy and boring. All the remarkable things we see around us today were created because some of us decided to be different. Many people in the world are satisfied with the way things are, they let the current take them wherever it wants to, and that’s why they will never make a lasting effect on the world. Such people will not change the course of history or bring a revolution because they decided to conform to the society’s rules.

The ones willing to challenge the system are the ones who make remarkable discoveries and change the way we look at things for good. All the great inventors of the past were not willing to let the current take them wherever it wanted to, they were not happy with the way things are, and they decided to do something about that. Without them, we would not have gotten the telephone, the internet, Television, and even electricity. However, nothing in this world comes for free and good things always have a higher price tag. So, when we see the differences among people and the many advantages of it, we can’t ignore the fact that it also leads to wars and arguments that can destroy countries and families respectively. 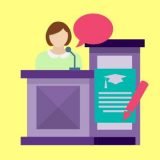 The world of business is not that different from the societies in which we live in. In fact, the chances of a fight starting between two people is more common in the world of business than outside of it. So, it shouldn’t be a surprise to anybody that companies are often fighting each other over something. But since we live in a civilized world, we cannot let them continue their fight. Disputes can just as easily be resolved when someone presents a logical solution to the parties involved.

Some disputes end up in court and both parties have to go through a long legal process to get a solution of their problem. More often than not, that solution is hardly satisfying for either parties. This is why another dispute resolution option is available for international companies and the likes. This process is called arbitration and in it an arbitrator or a tribunal decides the case. The solution put forward by the tribunal is called the arbitration award even if the decision does not involve any monetary benefits.

The award is binding on both parties. The tribunal decides the award after analyzing the merits of a claim. The arbitration award is very important for companies. It works as proof that they were right in a dispute. This is why it is useful in multiple territories. Everywhere that a business is operating, they can show the arbitration award to present their case when needed. 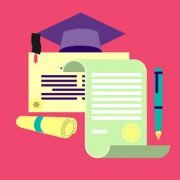 Sometimes one of the parties entering the arbitration is from a foreign country and they have to submit their document with its translation. The award can be shown in multiple countries if needed but for that, the company would need its translation. In either case, it is important that an arbitration document is translated accurately by a qualified translator. If there are any mistakes in the translation, it can confuse people as to the objective of the party entering arbitration.

Sometimes, a mistake can also lead to problems for a company overseas when their arbitration award cannot be shown to a foreign investor. In any way, none of us want people to think that we are in trouble when we are not. But sometimes the rumor mill wins and we end up having to accept things as they are. In the case of business disputes, however, letting the rumor mill do its job means trying to sink your company. You cannot let people think whatever they want of your business, which is why, stepping up is important.

But having a proof of you stepping up and winning the moment is just as necessary. If you contact an inexperienced translator for the project, you should not expect them to handle you an error free document suitable for presenting to foreigners. However, if you really want your arbitration document to make an impression, the only possible solution is to get a translator with the right expertise. If you are having trouble finding one, you can look up online or get in touch with a reliable agency. Their teams are full of experts and they can put you in touch with an interpreter qualified for handling arbitration document. You will be able to relax a little once your document reaches capable hands and that way you can focus on more pressing matters for your business, things you actually have some knowledge about.

Have questions or need a free quote?
CHAT WITH US NOW!
6 Shares
Share
Tweet
Pin6
Request quote
Google Rating
4.7
Based on 47 reviews