Many people bring out their wildest side when getting their picture taken for their school’s year book. However, a lot of us keep that side hidden until the time comes to get the driver’s license. You may have seen hundreds of different driving license pictures on the internet in which people are dressed as their favorite character. Some do that because they really want to follow their favorite character while other do it so it can be turned into a meme. Regardless of what you reason may be, it is pretty great to get a funny picture taken for the driver’s license. No one will regret it when they look back at it in ten years’ time.

Humans are known for their magic and trickery. Men of magic have fooled many great intellectuals with their skills. Once we started living in civilized societies, our wish to do tricks and shock people only got stronger. We assumed that with more people around us, there would be bigger chances of fooling people. However, a lot of such trickery fell under the list of illegal things people aren’t allowed to do. So, we turned to other things to fulfill our wish to trick people. So, we use silly pictures and whatnot to surprise and amuse people.

When it comes to driving licenses, the fake ones are the funniest examples of trickery. Many things require people to be of age. Some kids can’t wait to reach the age of maturity and opt for a fake identity. Some of them are so hilarious and obviously fake that one would feel sorry for the one who fell for that identity. Some, however, are carefully crafted to confuse the authorities. Fake ids can also cause problems for people. They can become a victim of a number of crimes. Which is why it is better to have accurate information on your driving license. 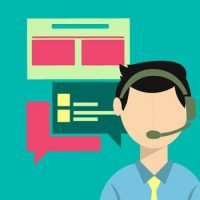 A fake card may bring you a few benefits but its side effects are far greater than its advantages. Even in situation of emergencies, it is the most useless thing on a person. If they pass out in the middle of the road, their family cannot even be contacted because no correct address is listed on the driving license. Everyone should also keep their correct information on their phone because we can never be fully prepared for bad situations.

Some people love driving, while others do it out of necessity. But either type of people needs a license to actually drive. Now when you are driving in your country, you won’t be stopped at every check post for identification, but each time you make a mistake, you will be asked for your license and registration. Seeing your license will assure authorities that you are capable of driving a vehicle. But when you are in a different country and you need to be on the road, you won’t know which documents to take with you. A policeman in Belgium will not be able to understand your license which is in English. This is something you have to find a solution of before you go on a trip where you will have to drive. 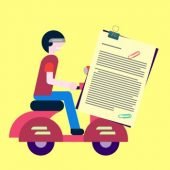 People who visit different countries frequently and have to drive there get an international driver’s license. That is valid everywhere and allows its holder the chance to drive anywhere they are. But there is also a less complicated option, one which doesn’t involve a lot of form filling. You can get your driver’s license translated and the accurate interpretation will be acceptable everywhere.

When you are dealing with an official matter, things can go wrong in any number of ways. But with the right people on your side, you can get through the most complicated procedure with relative ease. For instance, when you have to get your driver’s license made for the first time, you will have a lot of questions about the matter but if you talked to your parents or a friend who already got their license, their guidance will help you relax and prepare for your written and practical test in a better way. We have less chances of messing up when we go into the battle fully prepared. When it comes to getting a translation of your driver’s license, turning to the internet or a bilingual acquaintance will not be the right thing to do. People think that professionals charge a lot so they look for the cheaper options.

However, no one will accept a translation of an official document which is not carried out by a qualified translator. You will need a certified translation in order to convince authorities that it is accurate and an exact copy of the original document. This type of interpretation comes with a signed statement of the translator attesting to the accuracy of their work. The statement is what makes the document work and without it, no government office will accept a translation of any of your personal paper whether it is your birth certificate or your driving license.

Traveling around the world is fun and driving in different countries is even better. But if something is going to come in the way of that fun, you must resolve the issue quickly. Because once you get the problem fixed with the help of an experienced translator, you will be able to travel without any tension and drive wherever you want in the world.

Have questions or need a free quote?
CHAT WITH US NOW!
6 Shares
Share
Tweet
Pin6
Request quote
Google Rating
4.7
Based on 47 reviews