Laws are made for the protection of the masses but more often than not they are too complicated to be understood by common people. Majority of people can’t even name ten laws. The rules of the court house are another story. Although the internet is there to help us in our hour of need, the legal terms are often too complicated to be understood just by reading their meanings online. This is why a lot of people don’t even know the rights they are entitled to under the constitution of their country. And a lot of people don’t know the laws they should be abiding by in their daily lives.

Everyone goes through things that would have turned out to be better if only they knew about the relevant laws. For instance, there are consumer courts in several countries that can help consumers with their concerns and grievances. There are created to protect the rights of the customers but due to being ignorant about their existence, a lot of people end up ignoring the way they were exploited by a seller. Times are changing now and people are becoming more and more aware about laws and their rights. Once everyone knows the power they have when the law is on their side, the world will have a lot less problems. 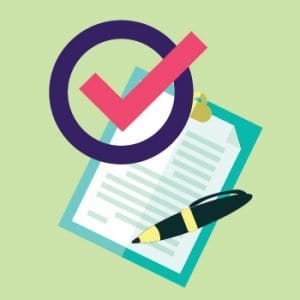 The Importance of Witnesses:

In the criminal courts, the importance of witnesses cannot be stressed upon enough. They can make the case for either side with their statement. And since they are under oath, it lessens the possibility of an eyewitness telling a lie in the court. If they do, they will perjure themselves. Witnesses are a lawyer’s best weapon. They can help the jury see the truth and save an innocent person’s life or help the court put a criminal behind bars.

But there are many cases in which it is not possible for a witness to attend the legal proceedings due to one reason or another. It is, however, important to remember that the necessary thing is the statement. And there are other ways than the attending the court to give a statement. Even in cases that are not criminal in nature, not everyone involved can attend every session. And often times, adjustments have to be made. There is room in the legal system for such instances when someone cannot attend the court but they have to give an important statement. One method through which a statement can be presented in the court is affidavit. 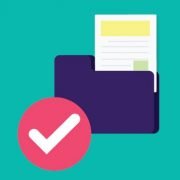 What is an Affidavit?

An affidavit is a written statement that is willingly given by someone under oath and can be presented in the court. This piece of paper is also signed by the person who has given the statement. When they sign the document, they are attesting to the fact that they are of legal age and can be called into court to testify if needed. Affidavits are often signed in front of a notary and have the same legal standing as a statement given under oath. Which means if someone lies in their affidavit, they will have to face the penalty of perjury.

By presenting an affidavit when the person isn’t available in person to give their statement, a lot of time of the court is saved. They can also be used along with witness statements. They prove the truthfulness of a statement and act as verification of facts presented in front of the court.

Translation of an Affidavit:

If the witness is not of the same country where the case is going on, they may not speak the same language as the official language of the court is. As a result, they cannot give their statement or present the affidavit in their language. They will make the affidavit in their language in front of a notary but once it is completed and signed, it has to be translated before it can be presented in the court. Courts and government offices, however, do not accept simple translations. They require translations that have zero chances of errors. This is why when you have to present an affidavit to a court, you will need to get its certified translation. It is the type of translation that has a hundred percent accuracy. It is carried out by qualified and experienced translators who sign the document with their statement saying that the translation is accurate to the best of their knowledge. This form of translation is accepted by the courts and other government offices.

Affidavits are very important in cases but when a witness is a foreigner, an affidavit is a lot better way to present their statement than calling them into the court. It can include their full statement as was given in their native language and therefore will not have any hesitant omissions. A witness will feel most comfortable in talking in their language and therefore can give the best account this way. Once the statement is ready, it can be handed over to a reliable agency for translation.

Our team has plenty of legal translators who have years of experience in the field and know all the legal terminologies by heart. They are the best fit for translating complicated documents like an affidavit. If you have an affidavit that you need translated and don’t know where to turn to find a reliable translator, get in touch with us and we will handle it for you.