There are one hundred and ninety-five independent states in the world. Imagine the way things would have been if all of those countries were united. But that’s a thought which one can call too good to be true. There is, however, still the possibility of alliances between nations that lead to mutual benefits and no one has to feel like they got played. If all the countries of the world worked together and signed treaties that allowed them to ask for help from each other during the time of need, the world would become a beautiful place. But above all else, an alliance like that will also be greatly beneficial for the population of planet earth.

The world is in a state of chaos today. Overpopulation, climate change, terrorism, and poverty are some of the things that are affecting our planet the most. But the seven billion people of this world are still divided. If anyone thinks that we can overcome the problems that our planet is facing by staying divided then they would be wrong. Since we are all suffering from those problems, it only makes sense to solve them together too. All big things, however, have to be started at a smaller level. 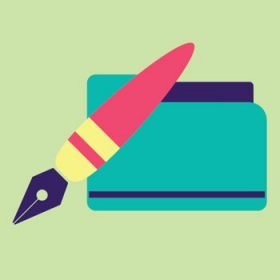 When it comes to cooperation between countries, there are various methods of doing that. We can unite on United Nations’ platform and draft documents detailing the rules of mutual cooperation. And it is not something new either. Throughout the history of the world, many nations have collaborated during their time of need. There are a few who entered into treaties with each other in the time of peace which means we don’t always need calamity to bring us together. One example of such treaties is the Apostille treaty which allowed member states an alternative to double checking legal documents. 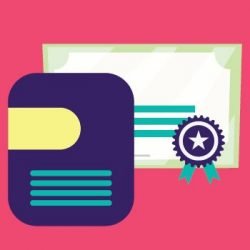 What is an Apostille?

Criminals have gotten pretty clever with time due to the new resources available at their disposal and that’s why governments have to be cleverer to stop them. Each country has to be extremely vigilant when allowing people to enter its borders and that’s why there is a whole setup designed to verify the credentials of people coming to a state. Papers are verified by both countries, the birth place of a person and the state they are visiting or moving to. But this process of verification can prove to be too much for people and the system that is designed to stop criminals end up being a nightmare for common people. That’s why a few solutions have been thought of by different countries. One of them is the Apostille treaty.

On 5th October, 1961, a treaty was signed by the member states of the Hague convention which ended the need of double verification of people’s documents. The treaty states that someone from the member states, who has the apostille, doesn’t have to get their documents verified by two different countries. But what exactly is an apostille? In simple terms, it is just a piece of paper. It is a type of certification that makes a document acceptable in all the signatory countries of the convention. In all the signatory states, it is issued by the Secretary of the State and is attached to the original document whose validity it has to prove. If a document has an apostille with it, it will be considered authentic and accepted internationally by the countries who have signed the Hague treaty.

An apostille is a great way of proving the legitimacy of a document without having to go through a lot of trouble. It saves people’s time and money and takes away their worry of getting their documents verified in each country they visit.

Apostilles are issued in the official language of the issuing country which means if you are going to the US from Bahrain, the people in the US immigration and visa office will not be able to understand the language of your apostille. And if the apostille cannot be understood, it cannot be accepted. This may sound like a huge problem but it isn’t because you can easily get an apostille translated if you know where to turn to. A lot of people think that since they know the format of the document, they can translate it themselves or use the internet’s help to get the desired result. But in truth, the certified translation of documents like the apostille are much more complicated than that and cannot be handled by someone who has no experience with translations.

The best way to get a certified translation of an apostille is by getting in touch with a reliable agency who has qualified translators on its team and can provide you with accurate interpretations of all kinds of documents. We have been working in the translation industry for years and know all about the different kinds of interpretations people might need. An apostille is no different than any other official document but due to its importance it must be handled with the utmost care. Our experienced staff can translate your apostille at an affordable rate. As a proof of the accuracy of the translation, it will be accompanied by a signed statement of the translator stating that the translation is accurate to the best of their knowledge and therefore does not contain any errors. Once you present your document with a translated apostille, it will definitely get accepted.