We don’t have the capacity to comprehend all the complexity of our world. We cannot even understand completely the way societies work and what keeps communities together. But it is still pretty fascinating to try to get a glimpse of the way things work in communities. We can try to learn bits and pieces about societies and what keeps humans together in groups when they can just as easily live with another community. Sure, there are a few obvious things like culture, shared interests and land but many choose to move to other parts of the world and then we wonder what made them take that step.

There are various reasons why people might be together. Some times they live in a community because they want to. They share the most basic beliefs with the members of the community and feel safer among them. They want their future generations to grow in that community so their beliefs can be protected and their children can live in similar environment. But some people have to live in certain communities because they have no other option. Even if they are getting persecuted for being a minority or being denied their basic rights, they don’t have the resources to make an escape.

There are also instances where people decide to leave their communities because they are not getting the love and respect they wanted. Since these people have the resources to make the move, they get away from toxic environment and start living in a society which is more accepting of different beliefs. There are those too who love their country despite the poor way they are treated by it and therefore don’t want to leave it, even if they had the chance to take such a step. Many people assume that because African countries are poor, the people living there want to escape their environment and move to first world states. But in truth, majority of those people just want their own countries to get better so their future generations can live there happily. 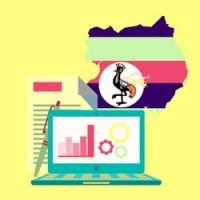 The historical area of Bahr el Ghazal in South Sudan is where most African tribes migrated from to various countries. It is also where Acholi people migrated from in 1,000 AD. They settled down in Uganda where the majority of the Acholi people still reside. Their name comes from Arabic because the traders from Arab started calling them Shooli in the second half of the 19th century. Shooli later became Acholi and stuck around.

One of the most noticeable things about their culture is their traditional circular huts with high peaked rooves. The Acholi men are known to be accomplished hunters while the women were successful agriculturists. They grew their own crops and were self sufficient when it came to food. During World War II, plenty of Acholi men join the Kings African Rifles and fought under the banner of the British Empire in different countries.

The tongue spoken by the Acholi people is termed Acholi language, however, many linguists call it a dialect. Southern Luo is a cluster of dialects in Uganda and its neighboring countries. Acholi is considered a part of the cluster but socially all the dialects in the group are considered separate languages. Acholi is spoken in both Uganda and Sudan. It is mutually intelligible with Alur and Lango since the three shares almost ninety percent of their vocabulary.

It is a tonal language which results in some words being distinguishable by tone alone. The tone also affects verb conjugation. There is vowel harmony in this tongue, which means all the vowels in a word belongs to the same class.

The languages with a million or less speakers are not that easy to understand for their students. Despite having low number of speakers, they still get divided into multiple types and end up becoming quite complicated. This is why it will be impossible for an outsider to learn Acholi and become good enough at it to handle translations. Although native translators of all languages are the only good option, they become more important when we are dealing with such tongues that have low number of speakers.

A lot of people may want to learn lesser known languages and they can surely do that if they are committed but it is not possible for them to develop a deep enough understanding of that tongue. It is one thing to learn a tongue and another to start hearing it as soon as you are born. Hearing your parents and your peers speak a language have a completely different effect on kids, which will remain unparalleled their whole lives. After all, none of us learn two native languages at the same time.

When it comes to African languages like Acholi, it can be quite difficult to get their translations. It is true that it can be hard to find reliable service providers for such tongues but it definitely isn’t impossible. If you are really in need of quality translations, you need to find a reliable agency with international reach. They will be able to connect you with a qualified and experienced Acholi translator. Once you find the right person for the job, you can assign the task to them and let them do their magic. You can get translations of all kinds as long as you manage to connect with a reliable agency.