Certified Arabic Translator, What Does It Cost was last modified: August 1st, 2020 by Anita

Certified Arabic Translator, What Does It Cost

If there is one thing you can be sure of about the world is that it will always be diverse. There will never come a time on earth when it will only have one type of population. We worry about our differences far too much, ignoring their inevitability. On a planet that is populated by over seven billion people, how can we expect anything but diversity? People are not going to hold the same beliefs, and they will celebrate different cultures. The sooner we accept our differences, the easier it will be to live with them. And the best way to understand the differences is by studying them.

You can read about different cultures to figure out where they originated and which stages they passed through to get to the current point in history. It will not only tell you a lot about the culture but also the people who practice it. The festivals people celebrate can tell us about their religious affiliations. There are various aspects of culture that may not make sense without context. For instance, a language may be important to its speakers because they were once denied the right to speak it. But if you don’t know the fact, you will think it is just like any other vernacular.

There are a few nations that ruled various parts of the earth during different eras. They changed the way people viewed the world and themselves. These rulers and their culture affected the people they came into contact with. One such ruler was the Arabs, and they influenced not only people but also fields of study. Arabic scholars studied and shared their thoughts about every field of study and ended up giving a new life to many subjects.

Arabic is the language of the Arabs and is the lingua franca of the Arab world. It has been around since at least the 4th Century CE. Since many sciences were written in Arabic, the Europeans started taking interest during the Middle Ages to learn the subjects written in the language. As a result, the local languages got influenced by Arabic. The European language, with the most Arabic words, is Spanish. In Asia, every other vernacular has been influenced by Arabic in one way or another. It has more than thirty different varieties today, but they are mostly mutually intelligible. 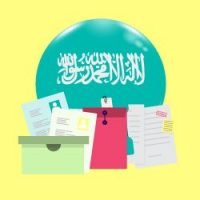 Arabic is considered the most difficult tongue by many linguists. Becoming fluent in can take almost two years. But despite that, a huge number of people are studying it. Most of them are immigrants living in an Arab country. Native speakers of the tongue are a little over 300 million.

Since it is such a difficult vernacular, finding an expert in it is not very easy. You can easily find a native speaker, but a qualified linguistic expert is the only one who can provide you with certified translation Arabic English. There are various varieties of the language which further complicates the matter of translation. Certified translation is the one which is needed whenever someone has to show a document to the embassy or immigration office. It is also required by universities and some companies during the hiring process. This shows how important this type of linguistic service is, and that’s why it cannot be handled by an inexperienced professional.

You can do some online research and find a translation agency that hires native experts. They will be able to offer you quality services. Their experts will help you with translations of all types. Whenever you need to translate Arabic into English, they can help you.

Certified Arabic Translator, What Does it Cost?

Someone who has not dealt with a linguistic expert before in their life will think to get high-quality assistance; they must pay more money. But when you get in touch with an Arabic translator, you may not have to pay a great sum of money. However, not all translators and companies offer affordable services. Some companies charge way too much for simple translations. You should know who to turn to if you wish to get affordable rates. 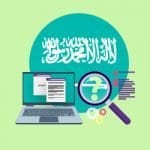 One of the best ways to find an affordable service provider is by researching online and reading reviews left by other people. You can also find out the rates of a company before hiring them. This way, you can compare the prices of different agencies before deciding on one name. A good agency will not charge you more than $20 for a certified translation when your document has less than 200 words on it. When you compare the rates, you will be able to find a reliable agency. You can also compare their reviews to make sure the one offering affordable prices will be able to provide you with quality services.

Service providers keep things going for people. Without them, we would all be very lost. You won’t be able to get electricity without the assistance of service providers. They are the ones who make our daily lives more comfortable. When it comes to linguistic services, there are far too many options to choose from. But when you have the right parameters in mind, and you measure the performance of companies against them, you will be able to make the right decision. Once you find a good company, you can sit back and relax while they handle all your linguistic problems and offer you helpful solutions.