Passport requirements for US and Mexico was last modified: August 1st, 2020 by Anita

Passport requirements for US and Mexico

Posted at 10:13h in Translation News by Anita
1 Shares
Share
Tweet
Pin1
(Last Updated On: August 1, 2020)
Passport requirements for US and Mexico

Mexico is quite famous for its gulf of Mexico beaches, deserts, forests and mountains. Though a vast majority of Mexicans speak Spanish as it is the De facto language of the country, there are more than 68 federally acknowledged linguistic groups, apart from hundreds of varieties of indigenous languages. Mexico has always been a great point of attention for the US residents. Traveling in and out of Mexico is something they do all the time. However, what most people don’t realize is that even the US residents can’t enter Mexico without their valid passport. As per the new rules, US citizens are asked to submit their valid passport to the immigration if they are traveling by air.

Individuals traveling via land are not asked to submit their traveling documents or passport at the time of entering Mexico. Yet it is crucial they carry it with them as they’ll need it at the time of returning to their homeland. Also, if you are moving by land, you’ll be asked to obtain an entry permit by the official department of tourism for Mexico. And at that point, you must have your valid passport on you. Security officials also check them on different checkpoints on different routes. Conclusion, having that little book on you is essential

What Is Passport Validity?

When you are issued a passport, there is a validity and expiatory date is mentioned on it. These dates indicate how long you can use it and when you’ll need to renew it. Usually, validity differs for different countries. For instance, in some countries, your passport must be valid for six months after the date of traveling. In Mexico, it must have validity for the time you are going to spend there. Hence, if you are packing your bags to Mexico, check your passport expiry date and ensure that it’s somewhere after the date of your return.

In some cases, immigrants are exempted from the requirement of submitting a passport. They are, however, specifically asked for permits or travel documents. These rules only apply for minors, school students traveling in groups or young students who have written permission from their parents to travel alone.

After the implementation of the Western Hemisphere Travel Initiative or WHTI, rules changed for the US and Canadian citizens. Before 2007, they were allowed to travel in and out of Mexico without their passports. But to ensure and endorse border security, the rules were changed and anyone who’s traveling to Mexico and back, must contain their passport with them.

As for the lawful permanent residents of the US, they’re required to present their I-551 Permanent Resident Card while entering the US. However, they are still required to show their valid passport for entering Mexico, depending on their nationality of course. 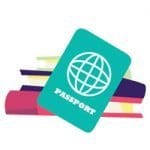 What If I Don’t Have A Passport?

Well, nowadays, there is hardly anyone who’s getting ready to travel but doesn’t have this crucial document. But if you don’t have it, there’s no need to worry about. Depending on the country of your origin, you’ll be issued one through a regulatory office. These offices are given the authority by the government officials to issue these booklets to the national residents.

First you’ll be asked to fill a form with accurate and absolute information. You’ll be asked to provide your national identity card. Your pictures will be taken and after doing a background check on your provided information, you’ll be given a valid passport for traveling out of the country.

Other Requirements For Immigrants

The entry requirements and procedure at Mexican port and customs are also specific and must be read clearly before planning your trip.

Passports are crucial for traveling and they must always be kept safely so that you can use them for immigration purposes in the future as well. In fact, in some cases, you might be asked to submit the Translation of your passports, especially if you belong to a country where English is not an official language.

If this is something that makes you upset, don’t be. We can translate your passport without letting you think about it over and over again. Our immigration translators are experienced and skilled. They can translate for you in the quickest time possible. Moreover, they are well aware of the formatting and settings of the immigration translations. For more information on documents and their translations, contact us any time.