A Translate Statement Or a So Called Certificate Of Translation was last modified: August 1st, 2020 by Anita

A Translate Statement Or a So Called Certificate Of Translation

You can pick up a newspaper any day of the year and find a couple of stories about frauds and forgeries, this is how common such occurrences are. The world we live in is a dangerous one where anyone can steal your credit card information or impersonate you while committing a crime. Identity theft is as common as it is scary. The problem is that when such crimes are committed on a smaller scale, the attention given to them is also a lot less than bigger scandals. If you lose your credit card or its information gets stolen, you can only report it to the bank and get it blocked. You won’t be able to do anything to prevent such an incident from happening in the future.

But still, things aren’t as bas as they would have been if we lived in a world without rules and regulations. In a world without law, anyone could commit a crime and get away with it. People could print fake currency bills if there was no law against it. Thankfully, there are laws in place that protect countries and their citizens from criminals of different types. No one can make a currency bill in their basement and buy things from it. People cannot travel on a passport that does not have an official stamp on it.

Maybe a criminal will get a bit far with his fake documents or currency bills but they will ultimately get caught and punished because we believe in rule of law. People don’t even realize how many times the law has saved them from document thieves, and it will continue to do so in the future too. But even if you don’t understand the importance of rules and regulations in keeping your information safe, you can realize the value of doing things in a proper way. A currency bill must have the Federal Reserve and Treasury seals, but it will also have distinct ink and printing design that makes it different from counterfeit notes. 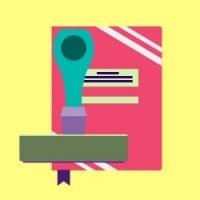 Authenticity is needed in translation just as much as anywhere else. The importance of translation is evident in every walk of life. Without it, things would not be put in motion and all of us will be stuck in our respective countries or regions for the rest of our life. Even the most beloved part of our lives, the internet, will become useless too if it wasn’t for the language services. But like every other field, there can be fraud in the translation industry too. Sometimes, an inexperienced person may fail to understand your required, or they could not be capable of fulfilling them. In that case, you won’t get the results you require and your money will be wasted. So, it is very important to choose the right professionals when you need interpretation or translation of important documents.

If you are asked by a government body or a company to bring a certified translation of your document, you must find the right person for the job first. Also, it is better for you to know exactly what a certified translation is so you can get it done from a professional. It is an accurate type of interpretation which is accompanied by a signed statement of the translator. The translator states that the interpretation is accurate to the best of their knowledge and then sign it. They will also add their name and the date on which the statement was signed. This paper containing the signature of the translator is called a translate statement or a certificate of translation. It works as proof that a document is authentic and was completed by a professional.

How does it look like and what text is needed?

Although there is no fixed text that should be included on the statement, a sample text reads somewhat like an oath in which the translator declares that they are fluent in the language combination they handled while interpreting their client’s document. They also say that the interpretation is accurate and complete. After finishing the statement, they will sign it and add their contact details. The details are there for anyone who would want to contact the translator about their translation.

Anybody can translate a document and claim it to be accurate but this is not things work in a world that is run by the people following rules and regulations. If there is no certificate with your interpretation, no one will be able to trust its accuracy. If someone is willing to provide their name with their work, that’s when you know they are qualified enough to handle that task. They feel confident about the quality of their work and that’s why they back it up with their name. They will be willing to prove its accuracy if needed.

A lot of interpreters feel scared about writing a certificate of translation. They don’t want to mess up the statement. But there is no fixed wording and, in any case, they can easily get help. They can find a sample of the certificate online and follow it when they have to write one. They can follow the format and change the language combination according to their task. A lot of famous agencies offer such samples on their websites to help translators. Once the document is signed, it is good to go and will be accepted by government bodies and any other institution without any hesitation.