What Are The Languages Spoken In Japan? was last modified: October 28th, 2022 by Developer

What Are The Languages Spoken In Japan?

While many Westerners are familiar with Japanese culture and food, they might not know much about the languages spoken in Japan – but there are several, each with its own distinct culture.

Here’s an overview of some of the main languages that are spoken in Japan.

The Official Language of Japan

Japanese is an East Asian language that uses logographic Chinese characters, known as kanji or hanzi in Chinese, to represent words and grammatical elements.

The Japanese language is spoken by over 130 million people. It has been said that it is one of the world’s most spoken languages, second only to Mandarin.

This Eastern language can be broken down into two distinct groups: a literary form used in books and magazines, and a form that is spoken by approximately 100 million people, or 94% of all Japanese speakers.

Japanese has two distinct languages; Japanese (which is a literary language) and Ryukyuan which is a language family. People born in Japan will have studied both, but those who were born outside of the country might not be familiar with either. 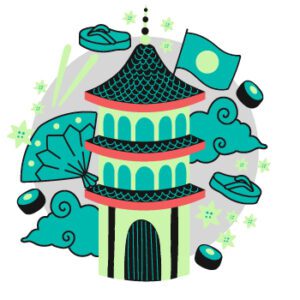 There are over eighty regional languages spoken in Japan, but all major dialects belong to one or more of three groups: Japonic, Altaic, and Sino-Japanese.

Other language families in Japan include those belonging to Ural-Altaic, Korean-Japanese, and Altaic linguistics.

There are still a number of people who only speak one or two regional languages like Ryukyuan languages, despite the majority using Japanese.

This stems from an earlier time when each region had its own separate language to communicate with people in that area- making it difficult for different regions to understand each other without speaking another common language.

There are some minority languages such as Ainu that have been preserved in rural communities on the country’s main islands since medieval times.

The Chinese language is another common language, with three million speakers according to recent estimates, and is considered one of six major languages in Japan.

The country also has a large minority population that speaks different native languages or other foreign languages like Korean language, Mongolian, Thai, and Tagalog.

European languages such as English language are a common second language in Japan and business professionals will often speak it at events and are also still studied in schools as part of the traditional curriculum.

The Ainu is a language spoken isolated on Hokkaido and areas in Honshu such as Shiretoko Peninsula and the Okhotsk Sea coast.

The ancestral language of modern Japanese people is a subgroup of Eastern Old Japonic. 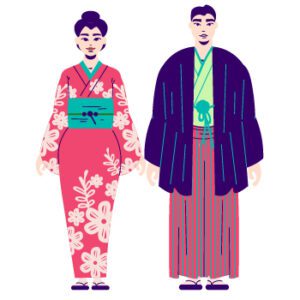 One of the languages commonly spoken in Japan is Japanese Sign Language. It’s considered to be one of the few pure or true sign languages and one of the most important forms of communication for hearing-impaired persons in the country.

Many JSL symbols represent aspects of everyday life such as bus, train, and Japanese food items. The difficulty with learning this language is that there are no set guidelines and everyone has their own version.

For example, a person may represent family by using the back of their hand to sweep in front of them from left to right while another person may use a pointing finger.

That said, it can take up to three years for an individual who was born deaf and cannot speak before they can fluently use this language.

How many languages does Japan speak?

Japan is home to many different languages, as there are more than 100 native dialects and over 40 languages used in schools. The most spoken language in Japan is Japanese, followed by English, Korean, and Chinese.

What are the 2 main languages spoken in Japan?

The first language in Japan is the Japanese language, which is spoken by over 98% of the population. This language is unique because it has a mixed structure with both Eastern and Western influences.

The second language in Japan is English, which is only spoken by 1% of the population. It was brought to Japan during World War II and adopted as a foreign language by universities to educate their students on Western culture.

Yes, Japanese people do speak English, but they may not be as fluent as you expect.

No, the Japanese do not speak Spanish. You will be hard-pressed to find someone who speaks Spanish in Japan.

Is Japan and Japanese the same?

Japan and Japanese are not the same. Japan is the country where you can find many who speak Japanese and others who speak other languages, such as English.

Contact us now for any questions
Print page
0 Likes