What is the Language of Greece? was last modified: September 9th, 2022 by Developer

What is the Language of Greece?

How Many Languages are Spoken in Greece?

How many languages are spoken in Greece? Greek, of course, but how many other ones?  Greek is one of the earliest written languages globally, with the first scripts dating from the 13th century BC. The official language of Greece is Modern Greek, also known as Demotic or Hellenic, which originated from the ancient Greek language in the ninth century B.C.

Around 365,000 Greek speakers live in the United States, owing to waves of immigration during the 20th centuries. Its history was, for the most part, a minor affair for much of the 19th Century. There were local changes in the shapes of the letters and their values from one city to another throughout the era from the 8th to the 5th century BCE. The modern Greeks have also borrowed words from other languages spoken in their country over the years – Italian, French, Turkish, and Albanian are just a few examples of this influence.

Greek is a language of Ancient Greece, and its modern form, Demotic Greek, evolved from Koine and Byzantine Greek. It is an independent branch of Indo-European and one of seven main languages that make up a branch known as Hellenic or Greco-Roman within the Western Indo-European family. Non-official varieties of Hellenic languages exist as well.

The earliest surviving written examples are Mycenaean Greek in Linear B from c. 1450 BC to 1100 BC (Late Bronze Age). Its alphabet has been continuously used since then. During classical antiquity, Greek was a widely spoken lingua franca in many parts of Europe and the Mediterranean world.

It would eventually become one of only two official languages of today’s European Union. It shares some linguistic features with many other European languages, including Germanic languages. The ‘Modern Greek’ language, i.e., the standard Greek dialect, is spoken by 99.5 percent of the population, or 11100000 people. That makes up around 51% of the Greek population. 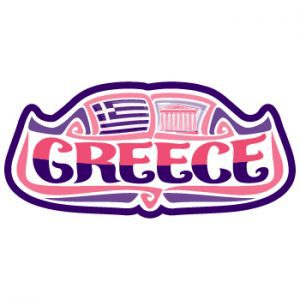 The official language of Greece

Standard Modern Greek is officially used as the standard language in the country. Turkish speakers also make up a large part of Greece’s Muslim minority. Modern Greek comes from the Greek Middle Ages and has many regional dialects. Today the language exists as a diglossia form with the native system and archaic forms of writing. The language has a 5-vowel system and a combined 24-letter alphabet. The syntax, morphology, and phonology of the Greek language show how it has preserved its integrity. The innovative tendencies have evolved throughout the language’s attestation, from ancient forms to the modern linguistic style. Greek is an Indo-European language that is mainly spoken in Greece. In Greece, Ladino, often known as the Judeo-Spanish language, is spoken by between 2,000 and 8,000 people. 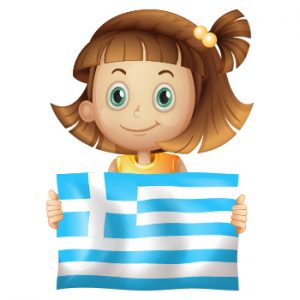 Development and historical importance of the Greek language

In general, even among vacationers and tourists, Greek is always spoken as the language in Greece. However, the official language is Modern Greek, further developing the ancient Greek language. Strictly speaking, the Greek language, which belongs to the Indo-European language family, has gone through several stages of development.

Proto-Greek, Mycenaean, and Ancient Greek were the languages ​​of pre-Christian Greece. With the Koine language, there was a further development towards late antique Greek via Middle Greek to Modern Greek, which has dominated the language in Greece since the year 600.

The largest city in Greece is the lovely Athens. Due to the exchange of populations between Turkey and Greece, just a limited number of these Western Thrace Turks survived. Read to get more information about What is Balkan?

The Greek ancient language also occupies a high position in world literature. Famous philosophers, thinkers, and writers such as Homer, Socrates, and Aristotle wrote their writings in Greek, and the Bible texts of the New Testament were also first translated into Greek.

Greek was considered the world language in ancient times. In the 6th century, the seeds of this native language were sown in Ancient Greek. But, Ancient Greek is now a dead language.

The official language of Greece is Greek, which is spoken by virtually all citizens. As with most European countries, many people speak at least one other language – usually English. In fact, according to a recent study by Eurostat (the statistical office of the European Union), over 90% of the entire population of Greeks claim to be able to hold a conversation in English. The language has a rich history, colonial history, and fascinating history encompassing various civilizations and societies.

Other Commonly Spoken Languages In Greece

English is widely spoken in some regions of Greece, especially in popular tourist areas like Athens. It’s also the primary language taught in schools across all levels. Other common language spoken in Greece include Turkish, Arabic, Spanish, and German.

Native speaker of Bulgarian account for 30 000; living in Western Thrace. It’s the polar opposite of the typical Seychelles image of beaches and palm trees, as well as living away from the world’s noise. The old Doric dialect is descended from the Tsakonian dialect.

The Jewish dialect spoken by Romaniotes is known as Yevanic Greek. Furthermore, elder Caucasus Greeks who settled in Central Macedonia, Salonika, and Kilkis use Russian as a second language. 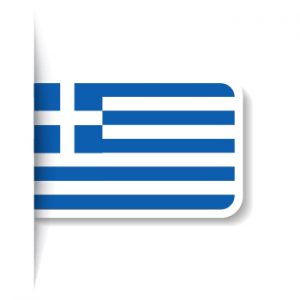 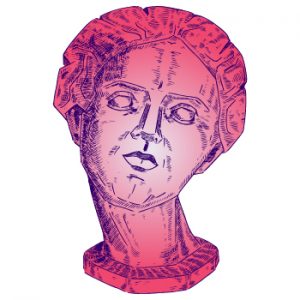 Around 500,000 people speak Pontic Greek, spoken in Pontus and by Caucasus Greeks in the South Caucasus area. Furthermore, Greek Muslims outside of Athens, Crete, and Ottoman-era Cretans speak this dialect. The Macedonian Slavic dialect is spoken by many individuals who identify as Bulgarians, Macedonians, or Greeks.

It is also spoken as a primary or secondary language with deep roots in Greek Macedonia and northern Greece. It occupies the corner of Independence Avenue and Francis Rachel Street. Nearby, there’s the extravagant balconied facade of the Domus.

Mahé is under 20 square kilometers in size, and walking around the perimeter of the city’s narrow grid of streets would take less than ten minutes. Old-school timber commerce buildings in fading colors share street frontage with a glass-walled casino on Albert Street. Furthermore, more than one million Greeks are of Albanian descent, whether by immigration, marriage, or ancestry.

Many of them claim to possess an Ethnic Macedonian national identity, describing their language as Macedonian. According to the 2001 census, the Albanian language is the most widely spoken Minority language in Greece, with roughly 450,000 Albanian immigrants. The Cypriot dialect is spoken by around 1.2 million people.

Greek Cypriots speak Cypriot Greek; there are approximately 659,115 in Cyprus, many of whom have settled in numerous Greek cities, major cities, and capital cities. Over 1.20 million people speak it in other world areas, including Australia, Canada, and the Americas. There are around 40000 Macedonian speakers in Greece who claim to be direct ancestors of Alexander the Great, who was a Macedonian Greek.

What are the top 3 languages spoken in Greece?

The official language of Greece is Greek, which is spoken by the great majority of the country’s 10.7 million inhabitants. Macedonian and Albanian are spoken in the center, and sou, Turkish, Arumanian, and Bulgarian are the other languages spoken.

How many languages are spoken in Greece?

The majority of Greece’s population speaks Greek, the country’s official and predominant language. English is the most widely spoken foreign language in Greece, and it is also taught in schools. In Albanian, Greek is also the de facto provincial language. It now exists as Modern Greek, with multiple dialects in various nations. Greek is also one of the world’s oldest Indo-European languages, having endured 34 centuries, and it is the official language of Cyprus, alongside Turkish. Today, more than 15-25 million people speak Greek, and 99.5 percent of the population in Greece converses in it.

Do they speak any English in Greece?

Although Greek is the official language of Greece and Athens, English is commonly spoken as well, so you should have no trouble getting around the city. In Greece, English is widely spoken, particularly in the city’s most touristic areas.

Is it rude to speak English in Greece?

No, it is not rude to speak English in Greece.