What Language Is Spoken In Guyana? was last modified: August 4th, 2022 by Developer

What Language Is Spoken In Guyana?

If you’re planning to travel to Guyana and want to know what language people speak, the answer may surprise you. While most people in Guyana speak English, many speak Urdu, Hindi, and Arabic, as well as Portuguese and Hindi Creole languages. Over 300 different languages are spoken throughout the country of Guyana! Let’s look at some of these languages and why so many other tongues are used within this South American country.

Where is Guyana Located

Guyana is located in South America. It is bordered by Venezuela to the west, Brazil to the south, and Suriname to the east. The Atlantic Ocean lies to the north. The country’s area is approximately 215,000 square kilometers. Guyana’s population is around 773,000 people. Most of the population are descendants of Indian indentured laborers brought to work on sugar plantations.

About 27% of Guyanese are of African descent, with smaller numbers descended from European stock. English is spoken as a first language by an estimated 90% of the population and remains dominant in government and education, despite a long history of attempts at replacing it with other official languages or local dialects such as Jamaican Creole or Patois (dialects that are themselves a mixture of African languages).

There are also speakers of Amerindian languages such as Akawaio, Arawakan languages like Waiwai; French patois; Portuguese creole; Spanish creole; Dutch creole; Hindustani/Bengali vernacular, among others.

An estimated five percent of the population speaks Maroon Creole, created when enslaved Africans escaped into remote parts of the country during early colonial times. It has evolved into its distinct tongue, unrelated to any other language. There are over 60 national languages spoken in Guyana due to immigration throughout its history. 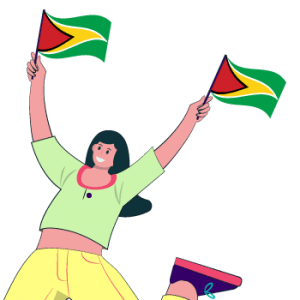 The history of Guyana is a long and complex one, shaped by a variety of factors, including the country’s geography, its diverse population, and its colonial past. Guyana has been inhabited for centuries by several different indigenous groups, and its history has been shaped by its interactions with the broader world. Today, Guyana is a sovereign nation with a rich and complex history.

The first people to settle in what is now Guyana were the Amerindians, who arrived around 10,000 BC. These early settlers were nomadic, moving around in search of food and shelter. Over time, they began to establish permanent settlements. By the time of the European arrival in the region, there were several different Amerindian groups living in Guyana, including the Arawak, Carib, and Warao.

The European presence in Guyana began in the early 16th century when the Spanish explorer Alonso de Ojeda arrived on the coast. The Spanish did not establish a lasting settlement in Guyana, but they did have a significant impact on the Amerindian population, introducing diseases and enslaving many of the indigenous people. In the early 17th century, the Dutch established the first European colony in Guyana, which they called Dutch Guiana. The Dutch colony was relatively small and isolated, and for much of its history, it was overshadowed by the more powerful British colony of Barbados.

The British began to take an interest in Guyana in the mid-17th century, and in 1666 they established their first colony on the coast. This colony, called British Guiana, quickly grew in size and importance, and by the early 19th century, it was one of the most prosperous British colonies in the world. The British colony was primarily based on the sugar industry, and enslaved Africans were brought to work on the plantations. Guyana gained its independence from Britain in 1966, and since then, it has been a sovereign nation. 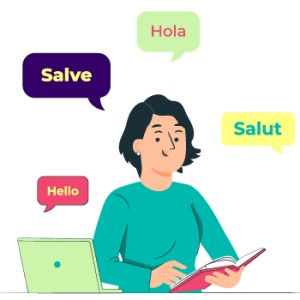 The official language of Guyana is the English language, which was introduced during the colonial period. However, most of the population speaks Guyanese Creole, an English-based creole language. Guyanese Creole developed during the 18th century when enslaved people were brought to Guyana from Africa.

The enslaved people were from various African countries and spoke different languages, so they developed a common language that combined elements of all their native tongues. This new language eventually became known as Guyanese Creole. It incorporates vocabulary from English, Portuguese, French Creole, Dutch Creole, Spanish, and other West African languages.

It has been influenced by many sources but has its distinctive character. It has developed into its own culture with words for clothing items or objects not found in any other language or have only one meaning in Guyanese Creole.

Many think it is on the verge of extinction due to globalization and people moving back to their home country or speaking only English or another mainstream language. But despite this concern, there are still some parts of the country where it is spoken as the primary language. Some young people want to learn more about the culture of their ancestors and therefore continue to speak it.

In Guyana, Guyana Creole is the most widely spoken language. It is estimated that about 85% of the population speaks it as their first language. The other 15% of the population speaks English or another language as their first language. Guyana has been trying to educate its people in English and discourage using Guyanese Creole. However, it has been challenging to do so because Guyana’s official language is still Guyanese Creole. People often mix words from both languages together when they speak, which can make communication confusing. Most Guyanese are bilingual, meaning they can speak two languages: one in English and the other in Creole.

Like other Caribbean dialects, phrases and words in Guyanese Creole are highly flexible. This means that new words can be created, altered, or evolve in a short time. These words can also be used by a small group until they are adopted by the community. Ethnic communities also integrate words and phrases from their backgrounds.

One of the most notable features of Guyana Creole is its unique sound and rhythm. This is due to the influence of African languages on Creole. For example, Guyana Creole has a lot of vowel sounds that are not found in standard English. Additionally, Creole has a distinctive way of pronouncing certain consonants. For instance, the letter “d” is often pronounced as a “j” sound.

What Language does Guyana Speak?

The most common Creole language is Guyanese Creole, based on English. Other Creole languages spoken in Guyana include Berbice Creole, Creole Dutch, and Surinamese Creole. Guyanese Creole is used for communication between the ethnic groups that make up the population of Guyana. It is derived from West African pidgin English and other British colonial influences like Hindustani, Portuguese and French.

More than half of the people in Guyana are of East Indian descent, and they speak Hindi, Urdu, and Gujarati. Africans brought over as enslaved people during the colonial era speak African languages like Akan and Yoruba.

The Chinese who came to work on the sugar plantations also brought their language. Finally, there are indigenous people in Guyana who still speak their ancestral languages. These languages include Cariban, Arawak, Warrau, Wapishana, and Wayana. One language that is unique to Guyana is Creole English, which is an English-based pidgin spoken by descendants of enslaved Africans and Europeans.

There are two variations of this language: one that developed in Jamaica and another that grew in Guyana. They share many features with other dialects found throughout the Caribbean region.

Many West Indians tend to add man or woman at the end of sentences as an emphasis. It is common for speakers to use double negatives when expressing themselves in Standard English. For example, someone might say She is never coming back! instead of saying She will not come back! 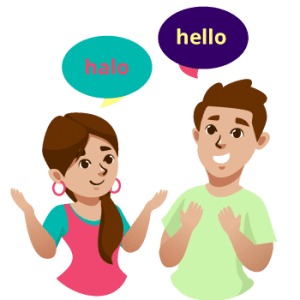 While English is the official language of Guyana, there are many other languages spoken throughout the country. The most common language after English in Hindi, followed by Creole, Urdu, Chinese, and Spanish. Guyanese slang is a mix of all these languages, so you might hear a phrase that’s half English and half Hindi. Sometimes this also leads to words being pronounced differently in different regions of the country. For example, water could be pronounced as wader in one part of Guyana but as watah in another. Another popular regional variation of Guyanese Slang includes using me or saying them instead. All these variations have their meanings depending on where they’re used and how they’re used, so it can be confusing for visitors from other countries who are unfamiliar with them.

One stereotype that does hold some truth is that most Guyanese speak English. English is one of the official languages in Guyana, but there are also indigenous languages spoken as well. The most common language in Guyana is Creole English or Patois, which comes from the enslaved Africans who were brought to work on plantations during colonial times.

If you are looking for professional USCIS translation services you can read it now.

It influences various West African dialects and a small amount of Portuguese. It was first documented by Thomas Gradgrind, an Englishman who traveled through the region in 1796-97. According to him, this creole was formed by black people with no knowledge of grammatical rules; it reflects complete ignorance of the European lexicon; it has tones similar to those found in West Africa (quoted from Goveia). Today, this dialect is widely used by everyone regardless of race and class because it originated here and has been modified over time by different groups so that now it encompasses more than one culture. 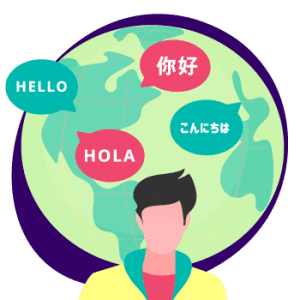 Although English is the official language of Guyana, many people also speak Guyanese Creole. This creole is based on English but has been influenced by African, Dutch, and Portuguese languages.

Guyana’s rich musical heritage includes calypso, reggae, cadence-lypso, Indian music that originated with indentured servants who arrived to work on sugar plantations in the 19th century, chutney music derived from a mix of Indian and Caribbean influences that became popular during the 1960s when large numbers of East Indians migrated to Trinidad.

The WaiWai language has a unique grammatical structure or concise grammar and a rich vocabulary. It is a highly expressive language with many words for emotions and concepts. The WaiWai language is also known for its use of metaphors and similes. 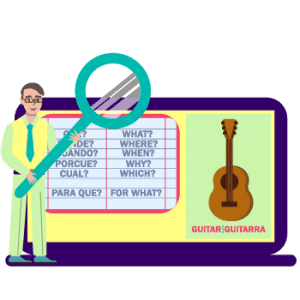 How Many Languages Does Guyana Speak?

Guyana is one of the poorest countries in South America. GDP per capita was only $4,100 in 2016, and about 30% of the population lives below the poverty line. The unemployment rate is also high, at about 9%. However, the country has been making progress in recent years, with GDP growth averaging 4.5% between 2012 and 2016.