What language is spoken in Mexico? was last modified: June 21st, 2022 by Developer

What language is spoken in Mexico?

The Spanish language is spoken in Mexico, but it’s not the only language you’ll hear there. More than half of the population speaks an indigenous language, according to Mexico’s national census bureau, INEGI.

The indigenous languages of Mexico have been documented and recognized by the country since 1932, when Article 3 Section VII of the Constitution of Mexico adopted a law that recognized these languages as national languages, along with Spanish. So if you’re planning to visit or live in Mexico, understanding what languages are spoken in Mexico can be very helpful!

One of Mexico’s nicknames is El país de las Maravillas, the country of wonders. How so? Well, for starters: There are at least seven different dialects used throughout Mexican territory and several indigenous languages still spoken today. So yes: If you want to visit Mexico and understand what people are saying around you—or even if you want to be able to read street signs—you should learn some basic Spanish before your trip! 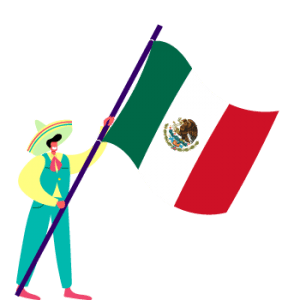 Mexican Spanish vs. Spanish in Spain or Latin America

One of the most significant differences between Mexican Spanish and Spanish spoken in Spain, and Latin America is the pronunciation. In Mexico, Spanish has been influenced by indigenous languages like Nahuatl, so the pronunciation is often quite different from other dialects.

For example, words that end in “-tl” is usually pronounced with a “t” sound instead of a “tl” sound. Another key difference is the use of single informal language. In Mexico, it is widespread to use colloquial language in everyday conversation. This is not as common in Spain and Latin America, where people tend to be more formal.

Another difference between Mexican Spanish and Spanish has spoken in Spain and Latin America is the vocabulary. In Mexico, many words are unique to the Mexican Spanish dialect. For example, the word “chido” describes something cool or awesome. This word is not used in other Spanish-speaking countries. Many words are borrowed from indigenous languages. For example, “Cuauhtemoc” is a Nahuatl word that means “eagle.”

One final difference between Mexican Spanish and Spanish has spoken in Spain and Latin America is the grammar. In Mexico, the informal second-person singular pronoun “vos” is widespread. This pronoun is not used in other Spanish-speaking countries. Another key difference is the word “ustedes” to refer to a group of people. 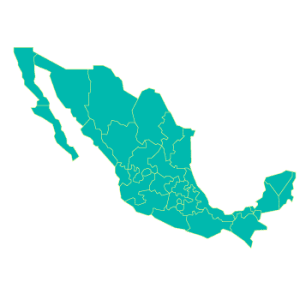 Spanish and Mexican grammar has many similarities, but there are also some crucial differences. These differences can be traced back to the different origins of the two languages. Spanish is a Romance language, while Mexican is a mix of Spanish and indigenous languages. As a result, Spanish grammar is more similar to other Romance languages like French and Italian, while Mexican grammar has more in common with indigenous languages like Nahuatl.

One of the most important differences between Spanish and Mexican grammar is the use of gender. In Spanish, all nouns are either masculine or feminine, affecting the form of adjectives and articles. For example, the word for “book” is masculine in Spanish, so the phrase “the book is red” would be “el libro es rojo.” In Mexican, however, gender is not always used. This can make it difficult for Spanish speakers to know how to form phrases correctly.

Finally, Spanish and Mexican have different verb conjugations. In Spanish, verbs are conjugated according to the subject, while in Mexican, they are not. This means that in Spanish, you must change the ending of the verb to match the subject. For example, the verb “to read” is “leer” in Spanish.

Is Spanish in Spain the same as Mexican Spanish?

Spanish in Spain is derived from Latin, while Mexican Spanish is derived from Latin and Nahuatl, the language of the Aztecs. As a result, there are some significant differences between the two languages. For example, Spanish in Spain uses the formal usted pronoun, while Mexican Spanish uses the informal tu pronoun. Nevertheless, the two languages are both mutually intelligible.

What is the primary language spoken in Mexico?

What are the top 3 languages spoken in Mexico?

There are 17 indigenous languages (plus an additional four international ones), corresponding to 23% of all Mexicans. The first official language of Mexico, however, is Spanish, and it’s spoken by over 99% of the population.

The two most important indigenous languages are Nahuatl, which is spoken by over a million people in Central America and northern states like Hidalgo and Veracruz; and Maya, with about 2 million speakers in southern states like Chiapas and Yucatán. They’re so crucial that they’ve been declared national languages. The Mayan language is one of Mexico’s oldest, with written records dating back to 200 AD. 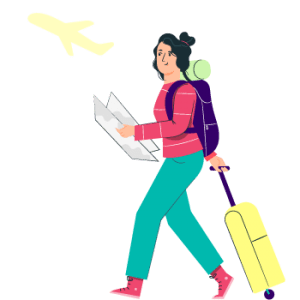 Chiapas, Yucatan, and Oaxaca are also essential areas for languages other than Spanish, especially Otomi. There are 1.8 million native speakers of this indigenous language in these states, as well as a large community of Asian descendants who often speak other local native languages like Mixtec or Mazatec.

There are over 60 different native languages still spoken in Mexico today. The most common ones include Purhepecha (spoken by about 110,000 people), Mayo (over 100,000), and Tzeltal (over 75,000). Many of them have over 10 thousand speakers and are primarily located in central states like San Luis Potosi or Veracruz.

Other Languages Spoken In Mexico

In addition to Spanish, there are other languages spoken in Mexico. The indigenous population of Mexico speaks an array of native tongues, many of whom are endangered or extinct, with speakers dying off at alarming rates. So far, five languages have been made national Mexican languages: Nahuatl (spoken by just over 1 million people), Mixtec (about 300,000), Zapotec (50,000), Tzeltal (just under 30,000), and Tzotzil (10,000).

All told, 67 living indigenous languages were once spoken throughout North America, but now only 12% survive. There are also small pockets of Chinese-speaking immigrants from China’s Fujian province who live in Mexico City. A few hundred speak Cantonese, while a few thousand speak Mandarin.

There are also some English-speaking communities in Baja California, where English is taught as a second language, and signs can be seen in Spanish and English. There are some German-speaking colonies in Pueblo. You’ll find French on menus and street signs here and there, thanks to colonization during France’s reign over Mexico.

One final primary language worth mentioning is Q’eqchi’, brought to Yucatan by Mayan refugees fleeing Guatemala’s civil war during the 1980s. It is spoken today by about 100,000 people across Chiapas, Quintana Roo, and Campeche states. However you slice it, though, Spanish remains dominant throughout Mexico – 95% of Mexicans speak it fluently, and roughly 90% use it regularly when conducting business or speaking with their families.

What Is The National Language Of Mexico?

Spanish is, of course, considered Mexico’s official national language, but there are so many other languages that are used within Mexican borders. Over one hundred native dialects can be found within its borders, and countless others can be heard throughout Mexican communities abroad. These include French, Chinese, Japanese, Portuguese, and German.

In addition to these more popular languages being listened to around Mexico daily, indigenous groups continue to use their native tongue for communication within their families and communities. These common languages and dialects make up what we call the languages of Mexico today. 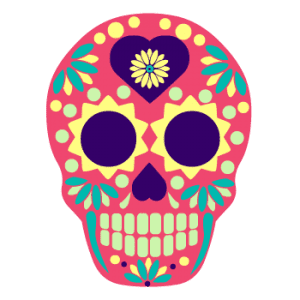 The official language of Mexico is Spanish; however, there are many different dialects of Spanish spoken throughout the country. The most common Mexican dialects are Nahuatl, Mayan, and Pochutec.

In addition to Spanish, several other languages are commonly spoken throughout Mexico, including Zapotec, Mixtec, Otomi, and Tarahumara. These languages are not official Mexican languages; however, they can often be heard throughout cities in each state that speaks these particular languages.

For example, Oaxaca City has a large population who speak Mixtec as their first language. This means that even though it’s not an official Mexican language, it’s very likely you will hear people speaking it while visiting Oaxaca City. On top of all these official and unofficial languages, English is also widely spoken throughout Mexico.

Although it isn’t an official language either, millions of Mexicans are fluent in English because they have learned it at school or through watching American television shows or movies. So what does this mean for travelers hoping to learn more about Mexican culture?

If you visit Mexico with plans on conversing with locals using your high school Spanish skills (or none at all), don’t worry too much! Most Mexicans would be happy to talk with you in any way possible – know that if you want to interact with a local community on a deeper level, learning some basic phrases could make your trip even more memorable!

Is the Aztec language still spoken?

The Aztec language, Nahuatl, is not currently spoken as a first language by any indigenous people. However, there are an estimated 1.5 million people of Aztec descent in Mexico who still speak the language. It is also taught in some schools and universities.

How many languages are spoken in Mexico?

Mexico is a culturally rich country with a diverse history. It is home to many different languages, with Spanish being the most widely spoken. According to Ethnologue, an online database that catalogs the world’s languages, there are 364 other languages spoken in Mexico. The most common language spoken in Mexico is Spanish, followed by indigenous languages such as Nahuatl, Maya, and Zapotec.

Languages are spoken in Mexico percentage?