Asylum Document Translation, What to Watch For! was last modified: January 17th, 2021 by Anita

Asylum Document Translation, What to Watch For!

Posted at 15:42h in Certified Translation by Anita
1 Shares
Share
Tweet
Pin1
(Last Updated On: January 17, 2021)
Asylum Document Translation, What to Watch For!

Our world is in a state of chaos. It always has been for one country or another. Despite all our efforts to create a peaceful world, war has always been a reality for people. It is hard to imagine of a time in history when someone somewhere wasn’t fighting in a war. For some countries, the only time that went by without a war was the time when they were being occupied by imperialists. War has torn many societies around the world. It has destroyed economies and ruined generations. But despite all of its side effects, the ones who never saw it with their own eyes can never understand its horrors.

It is impossible for those who grew up in peaceful societies to imagine the plight of those who woke up to the sounds of bullets every morning. There are still a few active warzones in the world that have been more or less in the same condition for more than four decades. There are also countries where governments are at war with their citizens. A peaceful moment turned into something deadly when dictators took hold of the situation. Children have suffered the most in these circumstances. A lot of them have been orphaned before they could even learn to say mama and papa.

In such situations, the parents don’t have much choice. They can either stick around and wait for their ultimate death or go on the run to save themselves and their children from their cruel fate. A lot of families don’t have the means to run away from their homes and start anew somewhere else. They have no other option but to sit around and hope for the war to end before it can take everything away from them. It is hard to imagine how these people must be living with their terrified children in an area where the air is filled with the smell of smoke and earth shakes every hour when rockets fall down on the ground. 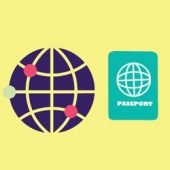 The ones that have the resources to immigrate to other countries, do so to protect their children. No one want to leave their home but there are no length people wouldn’t go to ensure the safety of their kids. Once they reach another country they can apply for asylum and start a new life with their family in a safe environment. Everyone has the right to get out of dangerous situation and move to a place where they don’t have to face danger on every step of the way. It is true that a lot of people don’t hold the same belief. They don’t think that refugees deserve our help and sympathies or that they can move to safer countries. But it is basic human decency to welcome the broken and beaten one with open arms. If anything, we should be helping them to adjust in the new environment. No refugee is ever happy to leave their home. But it is not like that they had any other option. They weep for their homeland but they can’t be there for their own safety.

The first rule of seeking asylum is that you have to be in the country where you want to get asylum. You will have to reach that country first and once you are physically there, you can apply for asylum. The rest of the procedure differ from country to country. Some countries have strict rules about granting asylums, while others show a bit of leniency in their regulations. But in any case, getting asylum is not an easy task. You will have to go through a lengthy procedure which includes submitting your documents to the immigration office, and then wait for them to decide your fate.

When you are seeking asylum in an English-speaking country and your documents are in some other language, you will need their translation. Without the translation, your application will not be accepted. Seeking asylum is a sensitive matter and you cannot afford to make even the tinniest mistake. This is why it is better to prepare beforehand and keep your translations ready. All of your personal and family’s documents must be translated in the official language of the country where you are applying for asylum before you submit your application.

What to Watch For?

The translation of asylum document is a complex matter. It can only be handled efficiently by a professional. When you are getting the translation, do not go for someone inexperienced. And never try to translate the documents yourself, even if you are fluent in both languages. A translator that can attest the translation is the best fit for the job. You can also pick a reliable translation agency that has dealt with these kinds of interpretations in the past too. They will know what they are doing when you hand them your documents for translations.

Another thing to watch for is to make sure you have all of your required documents translated. If you are seeking asylum for the whole family, you should have papers for the whole family too. The documents should also maintain the format so they can be compared with the original texts easily.

Also don’t forget to get your personal statements translated too, if they are in a foreign language. So, if you are seeking asylum, get certified translation of your documents from a good translation agency like Certified Translations.