The world is divided into almost two hundred countries. But borders aren’t the only thing that divides us. Although we had the same origin, we all developed features that made us different from each other. Along with our facial features, we also developed cultures. These cultures have become our lifestyles. Every community does things according to their culture. In some places, religious beliefs also influence the actions of people. In other regions, it is the tribal laws that have been in the community for generations. In short, there are rules in every society, and they are different everywhere. However, if you wish to see a culture in its true form, you can’t just study it in a book, you will have to live it.

A lot of people study about Africa on the internet or watch documentaries and think they have become an expert about the continent’s lifestyle. But there are numerous tribes living in Africa with all of them speaking different languages and living a unique lifestyle. Understanding them will require spending time among them. One of the tribes that make up the majority of Zimbabwe’s population is that of the Shona people. They are known for their stone sculptures, which the world had started paying attention to recently. They also have a tradition of doing pottery.

Africa is home to thousands of indigenous languages. Some of them have gone down the path of extinction already, while a few are endangered. Niger-Congo is one of the most popular families of languages. But despite the millions of speakers of these languages, they are not much known in the western world. The economic instability of African states is one of the reasons why their languages haven’t progressed much in the world. The lack of facilities means most of the speakers of these tongues don’t use social media, which is another reason why they are not known all over the world.

Shona is one of the languages that, despite having 10.8 million speakers, is not a famous tongue. It is spoken by the majority of the population of Zimbabwe, where it also enjoys official status. It is also spoken natively in Mozambique. It belongs to the Bantu branch of the Niger-Congo family. There is still a lot that linguists don’t know about this tongue. There is no definite information about its origin. There are plenty of dialects of Shona. The speakers of some dialects do not accept Shona as the name of their language.

The alphabet has five vowels. Each syllable in a word must end with a vowel. When a consonant appears in a word, it will become the beginning point of the next syllable. The language went through an alphabet change. The letters in the script were replaced by the Latin alphabet in 1955. Since then, the Latin script has been used to write Shona. 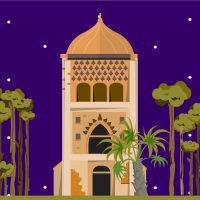 In low-income countries, corruption is one of the biggest reasons behind the poor condition of the economy. People can only survive in the poor economic condition when their leaders are working hard to improve the situation. When there are human rights violations on top of corruption, it is understandable that people would get angry with their government. In such situations, it is impossible to be loyal to the state. When your identity is not being respected by your state, you can’t stay loyal to it. A lot of times when people immigrate from an African state, it is not only because of the poor economic condition of their country, but also the violence that never seems to end. 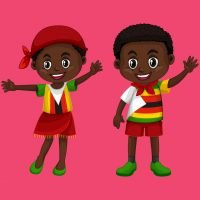 So, if you plan on immigrating from Zimbabwe to the US, no one will blame you. The country that was once known as the ‘jewel of Africa’ has not had economic stability in decades. Making a decision for your future is never easy. There is always the risk that it might not work out for you. If you regret your decision, you won’t get to undo it. But people have to take risks if they wish to improve their lives. However, if you want to do something, you must do it right. Immigrating from Zimbabwe to the US would mean preparing your documents and contacting Shona translation services.

Everyone should jump on the opportunity to improve their future. But when you plan ahead and do things properly, you won’t have to face a hurdle at every step of the way. Finding a good agency to provide you linguistic assistance is one way of making sure no problem arises when you apply for immigration. When you plan everything in advance, there is a lot that you won’t have to worry about. And when stakes are so high, it doesn’t hurt to be a little prepared. This way, you won’t run into any surprises.