10 Facts About US Immigration was last modified: July 7th, 2020 by Anita

10 Facts About US Immigration

Your life can get a lot easier if you start learning about things. If you know about every situation beforehand instead of diving headfirst, you will not run into a lot of problems. Doing some research becomes very important when you are making a big decision in life. Anything that is going to change your life for good deserves to be considered properly. By studying all aspects and figuring out the pros and cons of a decision, you should go ahead with it. The research also tells you when you will need the help of others and which tasks you can accomplish on your own.

One of the ways in which you can change your life is by immigrating to another country. For many people, the US is the dream. They wish to end up there so they can live a better life. However, immigration to the US is not an easy thing to go through. There are many aspects that can be confusing for those applying for the first time, which is why it is better to do their research beforehand.

10 Facts About US Immigration:

If you are worried about the process of immigration you have to go through, then it is time to learn about it. Here are ten facts about US immigration that will be useful for you: 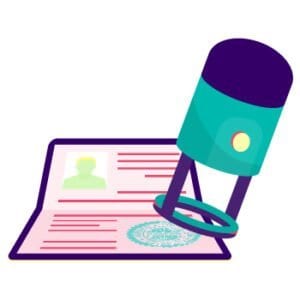 People who have been applying for US immigration do not belong to a single country. In the past half-century, those applicants have become more and more diverse. They all have different beliefs and cultures. They also speak different languages, which is why they cannot be put under one category.

Unlike those who moved to America in the past, people nowadays don’t limit themselves to the popular states of the country. When they think beyond the process of immigration, they plan on staying in different states. This is why foreign citizens can be found all over America today.

The state of the world might make you think that the American Dream is dead, and you won’t be changing your life by moving to the US, but that isn’t the case. In fact, foreign-born citizens are still living in better conditions in the US than Americans. Today, most immigrants are homeowners, and only one out of five live in poverty.

These people make a significant percentage of the US population. They also make a huge portion of the labor force. Most of them are eligible for green cards but cannot go through the process of applying for one due to their legal status. Over the years, many debates have been conducted to find a solution to this issue, but no action has been taken so far. In recent years, the number of unauthorized immigrants has decreased.

Most applicants are of Mexican origin. There are many reasons for this statistic. The two countries being a neighbor is one, but the political instability and financial condition of Mexico is another reason why its citizens look to the US for a better future.

Contrary to what most people and media would tell you, the immigrants are actually helping the economy of the country. Most of them are highly educated and get jobs as specialists in their field. They also pay their taxes regularly and improve the overall condition of the economy.

Another misconception people have is that foreigners can bring crime to their country. In truth, immigrants are least likely to get involved in criminal activities in the US. They can be presented as model citizens to the rest of the country, and the rate of crime can be reduced in this way. The statistic can also help in changing the image of foreigners’ people have in their minds. 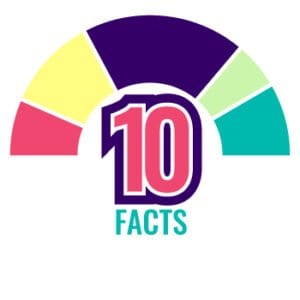 It is interesting to note that although no one can become eligible for welfare until they become US citizens, everyone has to pay taxes. Even undocumented foreigners in the US pay taxes on every purchase they make. This way, the tax revenue increases every year.

At the beginning of the previous century, most foreigners arriving in the US were Europeans. The World Wars damaged the economy of various European countries, which is why their citizens have to look elsewhere for a better future. However, the situation is quite different today, and most applications USCIS receives are from Asian and Latin American citizens.

Regardless of where someone is applying from, they will have to submit their birth certificate as proof of their identity. But in case it is not in English, it will have to be translated. Applicants must find a reliable agency so they can get a certified translation of their document; otherwise, their application will not get accepted. If you are not sure what a certified translation is, it is the type of linguistic service that comes with the signed statement of the translator.

Now that you know that immigrants are still thriving in the US and you can have a better future, too, you can start preparing your application. But don’t forget to get the certified translation of your birth certificate from a qualified expert. You will have to make sure that you follow all the requirements of USCIS, so your application doesn’t get rejected. Only by following all the rules and regulations, you can have a chance of becoming a US immigrant.