Immigration Courts and Their Problems was last modified: October 3rd, 2019 by Anita

Immigration Courts and Their Problems

No one can deny the importance of rules and laws. They are the things that keep societies in order. Without them, there will be nothing but chaos in our lives. But as perfect as good laws may be, the problems arise when we have to execute them. Police are corrupt in some countries, while in others, the courts are not good at doing their jobs. The states where the situation of both police stations and courts are not good have it the worst. However, there are also some problems around laws that have nothing to do with incompetence. These are the problems where the people with the complaints and everyone trying to resolve those complaints has to suffer.

There are hardly any things worse than a law that cannot be executed or carried out properly, but immigration problems come pretty close. Immigration is the most confusing kind of situation someone can be in without knowing what to do about it. The problem with things like immigration is that problems are too many and enough guidance is not available. There are websites and online forums that provide suggestions for those applying for immigration but it is never enough. These forums do not cover all the basis and applicants can end up with confusing issues without knowing where to turn to.

The immigration courts sound like the place where every applicant’s problems will get solved. This is the place where people turn to when they feel like they have been discriminated against or treated unfairly during the process of immigration. People of a lot of countries don’t place much faith in judicial institutions but the system is a bit different in America where the Supreme Court is trusted more than the Congress. A lot of people think that they can get justice if they knock on the door of the courts. But even in developed countries, the judges and the jury are not always something people can count on. Corruption isn’t the only factor that keeps judges and the jury from making the right decisions. When personal beliefs start playing a role in the professional life, things can get messy pretty quickly. 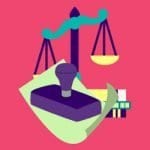 Immigration Courts and Their Problems:

Whenever an individual comes to the US for asylum or other purpose, their case is presented before one of the immigration courts. It is the duty of the court to decide whether or not to keep a person in the country. They also decide about the fairness of the asylum claim. A lot of people hire immigration lawyers to get through the process seamlessly. But the situation of the immigration courts of America has been getting worse with each passing year.

The courts that should be solving the problems of immigration applicants, are swimming in a sea of troubles themselves. They are far from helping people these days because they can’t even help themselves. If you want to get a better understanding of these courts, here are their common problems:

In the past, the problems of immigration were straightforward. That allowed judges to solve the issues easily and give their verdict. But the problems have gotten more complicated in recent years. The fact that a lot of people applying for immigration are refugees only mean more work for the courts. Their cases involve higher stakes and each of them has to be considered thoroughly before the judges can make a decision. The complicated situation means that each case requires more time to solve and that also leads to an increase in the number of cases piling up.

If you have watched any crime shows, you know that criminals are sometimes offered an option to bargain with the district attorney’s office. The process is called plea bargain. It allows criminals to come to a decision outside of court. It sometimes reduces the amount of jail time they would have to do. The problem with immigration courts is that there are no plea bargains there, which means everyone case ends up before a judge and requires plenty of time to finish it.

Since the immigration courts fall under the Department of Justice’s jurisdiction, they have to change their priorities according to the wishes of the president. In Obama administration, the courts were told to focus on the cases of the minors first but under Trump administration, they have to shift their focus on the cases of people who have recently arrived in the country. This frequent change of priorities is a big problem for the courts as they have to update their policies frequently and push different cases to the bottom each time a new administration comes in to power.

There are plenty of problems that immigration courts have to face each day. These problems keep them from doing their duty freely. The government should take steps to ensure that things are smoother for the courts and the applicants can find out their cases’ results sooner rather than later.