What is merit-based immigration? was last modified: August 1st, 2020 by Anita

What is merit-based immigration?

What is merit-based immigration?

Merit-based immigration means that the government will access an individual’s skills before they decide to allow the person to stay in the U.S. Jared Kushner, Trump’s senior adviser, proposed the change in the immigration system. According to the President’s speech, the new policy will attract the best and brightest all around the world to come to the United States.

The new policy is being criticized by many, including the President’s party. Merit-based immigration will replace the old family-based immigration rules over a system favoring highly-skilled, financially self-sufficient immigrants who learn English and pass a civics exam.

, including Australia and Canada. It is being used to determine whether an applicant is qualified to live in the country as workers. Applicants in Canada earn points based on tests of their language skills, education, work experience age, adaptability, and whether they have a job waiting for them.

Trump has been promoting the system since 2017. He announced it in a joint session of the U.S. Congress. He also included the idea in his State of the Union speech in 2018. The President also backed the bill in 2017, proposing a point system for immigrants’ skills. He said that it is time to begin moving towards a merit-based immigration system, one that admits people who are skilled, who want to work, who will contribute to our society, and who will love and respect our country

Criticisms against the system

The Amnesty international commented that President Trump’s proposed migration plan is an outrageous attempt to shut doors to everyone but the most wealthy and privileged individuals, circumventing human rights and legal obligations toward asylum-seekers.

According to the Southern Poverty Law, the proposed system is profoundly anti-American, and its English-language replacement is genuinely at odds with our nation’s values and diversity. 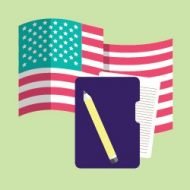 The president plan is just a speech, but it drew the attention of political leaders from both parties. The President plans to include it in his platform for his 2020 reelection campaign. The President’s proposal needs to be written and approved by the U.S. Congress. Many believe that the proposal of the President doesn’t deal with the approximately 11 million undocumented immigrants living in the United States or Deferred Action for Childhood Arrivals beneficiaries. The President is also criticized when he pushed the construction of a wall that he thinks will solve the “humanitarian crisis” between the southern border and Mexico.

Australia and Mexico both Use the points-based system in allowing immigrant workers to work in the countries.  The points system evaluates the applicant’s English language proficiency, employment experience, and education levels.

According to immigration offices in Canada and Australia, their family-based admissions account for roughly one-quarter of immigration. It is contrary to the U.S., where about 66% of its approximately 1.1 million green cards issued annually are family-based admissions.  The Department of Homeland Security said that 12 percent of U.S. migration is economic-based admissions or people brought by employers from other countries.  The bureau also noted that diversity visa accounts for 5%.   Diversity visa grants a legal permanent stay to around 50,000 immigrants in the state annually.

The merit-based system might work for the economy of the U.S., but many believe that it will fail to resolve the main issues on immigration. It is believed that the nation needs a fundamental shift in its approach to immigration.

Australia struggled as they imposed the points-based immigration system.  Abul Rizve, a former deputy secretary of Australia’s department of immigration and border protection, said that Australia had shifted to a skills-based model focused on bringing in immigrants who would improve the economy by the late 1990s.

He noted that the country planned to raise its birthrate amid an aging population, bring more people to less populated regions of the country, and boost support for industries such as education, mining, agriculture, and technology.

On the contrary, the United States approved immigration based on family sponsorship in 1965 with the passage of the Immigration and Nationality Act. The bill was made to counter discriminatory nationality-based migration quotas, and it allows U.S. citizens to bring their family members to the U.S., claimed by the President as “chain migration.”

Moving from the old system to the new one requires a total overhaul of the Admission procedures of the U.S.  Rizvi said that the jump to thinking about a point system is four, five, six, seven, eight, nine steps down the path. He added that it is needed to sort out things much earlier in terms of what is overarching policy to immigration is going to be.

Many are confused about the U.S. immigration policies in President Trump’s administration.  The President wanted to cut immigration, but the new system is expected to bring more skilled workers in the U.S.  the President once said that immigrants are taking away jobs for the Americans.