What Is the Official language of Mexico? was last modified: September 6th, 2022 by Developer

What Is the Official language of Mexico?

What is The Official Language of Mexico?

Mexico is a multilingual country with hundreds of indigenous national languages. However, only one of these primary languages has been designated as the official language of the country.

All government documents are written in Spanish and the general public uses this language to communicate with each other, whether it be on the street or in an office environment.

In this article, you will find everything you need to know about the official language of Mexico. Read on, it promises to be a good read.

A Brief History of the Spanish Language in Mexico

The Spanish language has been present in Mexico since the 16th century when it began to be used as a language of government and administration. After the sixteenth century, it wasn’t until the 19th century that the Spanish language acquired official status in some United Mexican states during the colonial period.

Further into the 18th century of Mexican independence, many different languages were spoken in the country, including Amerindian languages, Spanish, and foreign languages such as English and French.

During the post-revolutionary period in the nineteenth century, there was a strong movement to promote Mexican Spanish as the national language, and this was successful to some extent in the twenty-first century.

However, in the 21st century, Mexico is still a multilingual country, with indigenous languages being spoken alongside Spanish. This is especially true in rural areas and among older generations. Other important linguistic groups contribute to the diversity of languages spoken in Mexico, including those from Europe, Africa, Asia, and America.

Indigenous people account for about 30% of the population of Mexico. They have their dialects which have historically been discriminated against by European colonizers because they weren’t considered civilized.

There are also large numbers of speakers of African descent who speak varieties of Pidgin Spanish as well as Creole languages from their former home countries or colonies. 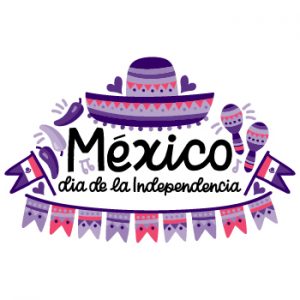 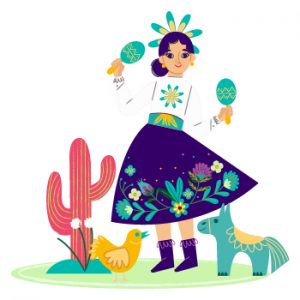 Demographics in the Mexican States and their Official Languages

According to Ethnologue, as of 2010, there were approximately 120 million Spanish speakers and 6 million native speakers of other languages in Mexico. The majority of these speak indigenous languages, with Spanish being dominant in Central Mexico.

In the colonial period, the Spanish government mandated that all education be conducted in Spanish, which led to a decline in the use of indigenous languages. However, in recent years there has been a resurgence of interest in these languages, and they are now more commonly used in education and government.

Considering Puerto Rico for instance is also home to a large number of Spanish speakers, but the legal status of Spanish there is less clear. The Mexican government has recognized 62 indigenous languages as co-official, but not all regions have adopted them equally.

For instance, while Nahua languages (such as Nahuatl) are official throughout most of the country, Mixtec has only been granted official status in Oaxaca. Nevertheless, any one state or municipality can adopt an indigenous language if it so chooses.

The Political Impact of the Mexican Government on their Official Language

In 2010, the Mexican government recognized 68 different native languages spoken throughout the country. In Mexico City – a multilingual country, Spanish is considered the de facto official language, as it is widely spoken by the majority of the population.

However, in some regions of Mexico, indigenous languages are more commonly spoken than Spanish. However, Spanish is considered to be the national language and is used by the government for all official purposes.

In addition to Spanish, several other languages are commonly spoken in Mexico, including English, French, German, and Italian. These languages are primarily studied in private schools or offered at select universities.

Though they are not spoken by many people in the country, they do provide a great opportunity for foreigners to learn about Mexico’s rich culture and history. 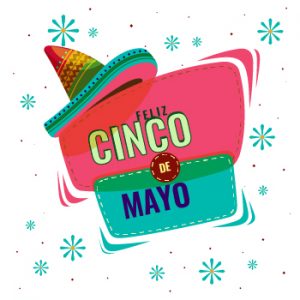 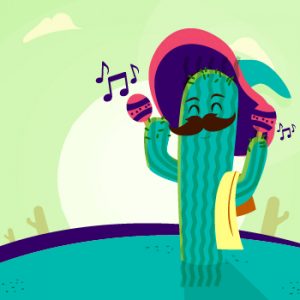 Some Simple Phrases in Mexican Spanish

If you’re planning a trip to Mexico, it’s helpful to know a few useful phrases in Mexican Spanish. Here are some essential phrases to get you started.

What is the top 3 language spoken in Mexico?

Mexico City is regarded as a multilingual country with the Spanish language as the official language of Mexico City, though there are many other languages spoken throughout the country.

Does Mexico have 2 official languages?

Yes, Mexico is a multilingual country, therefore, it has two official languages: Spanish and Mayan. Spanish is the primary language spoken in Mexico, with Mayan being used mostly in rural areas. However, both languages are taught in schools and used by the government.

How many official languages are in Mexico?

There are three official languages in Mexico: Spanish, Nahuatl, and Maya.