Do You Know What Language is Spoken in Sri Lanka? was last modified: June 6th, 2022 by Developer

Do You Know What Language is Spoken in Sri Lanka?

Sri Lanka is an island in the Indian Ocean with over 20 million people. Though the official language of Sri Lanka is Sinhala, there are many other languages spoken here, including Tamil, Malayalam, and Hindi. There are over 22 languages spoken in Sri Lanka, and today we’re going to talk about which ones you can find here, as well as how common they are! 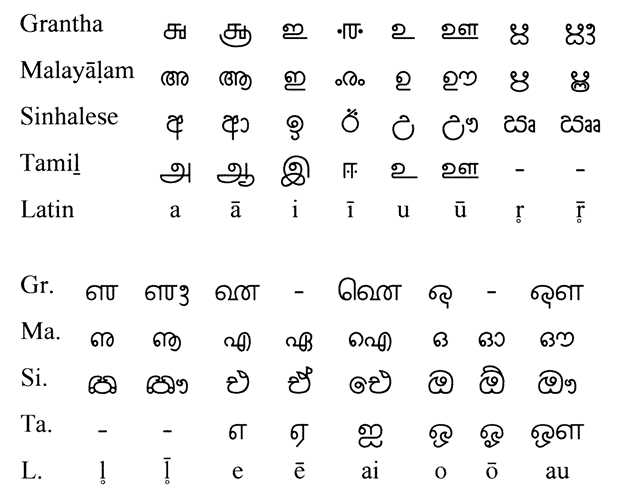 Sinhala or Sinhalese ( [siːɦəˈlɛʃ] ) is an Indo-Aryan language is an ancient language predominantly spoken by Sinhalese people, who are native to Sri Lanka. It belongs to the Indo-European languages or Indo-European language family and is written using both Sinhala script and Latin script. Sinhalese is the native language of the Sinhala people. Sinhala is also spoken as a second language by other ethnic groups in Sri Lanka, about four million. It is one of 22 scheduled languages of Sri Lanka. Sinhala was declared an official language of Sri Lanka on 15 October 1972, along with Tamil.

The constitution of Sri Lanka states that it shall be promoted and protected. The language is widely used for day-to-day activities, such as reading newspapers, watching television news, making phone calls, and writing letters. Most literature written in Sinhala comes from literary works of poetry or prose written in much earlier times – it has developed into its form of expression over time.

In addition to being part of religious rituals, Sinhala is used as a ceremonial language at traditional events like Kandyan dancing. Its use in everyday life has diminished due to modernization and migration from rural areas into cities. 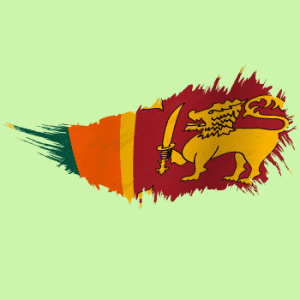 However, in recent years efforts have been made to revive interest in local culture and history among urban youth through cultural programs organized by non-governmental organizations promoting Sinhala culture. Additionally, Veddah is a prevalent minority language of Sri Lanka.

Furthermore, the Sinhala language contains some terms from other languages due to centuries of colonial rule in Sri Lanka. For example, English loanwords include “kottho” (from kothu), “puriya” (from puriya), “bakka” (from bacca), “maha�a” (from mahawansa) and “chitra” (from chitta). 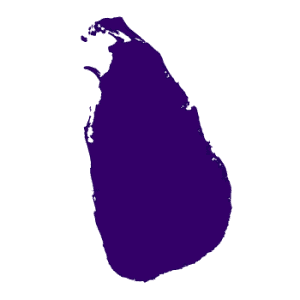 Tamil is a classical language and the oldest of the Dravidian language family and spoken by the Tamil population of Sri Lanka. The official and national language of Sri Lanka is Sinhala, which belongs to the Aryan family of languages. The other languages officially recognized by the constitution are Tamil and English. Even though many Tamils have always lived in Sri Lanka, it was only after 1956 when Tamil was given recognition as an official language alongside Sinhala by prime minister S.W.R D Bandaranaike.

Since then, both Sinhala and Tamil were used for official purposes until 1972 when president J.R Jayawardene declared Sinhala the sole official language while making Tamil a national language and English. This move angered Tamils greatly, who felt that their rights were being violated under the pretext of unifying all citizens under one common identity.

Because a large portion of Singapore’s population comes from southern India, Tamil is the country’s official Indian language. After 26 years of conflict and civil war, Tamils finally got their right to use Tamil as an official language on par with Sinhala. However, there still exists some resentment among certain sections of society towards Tamil.

It’s best to learn both Sinhala and Tamil (at least basic phrases) if you want to get around quickly in Sri Lanka. If you’re planning to visit Sri Lanka, make sure your passport has been stamped with a valid visa from your local embassy or consulate before arriving at Colombo airport. Without it, entry into Sri Lanka may be denied!

In Sri Lanka, English is widely used for business and education purposes. It has been taught in schools alongside Sinhala and Tamil since the primary school level; however, only about 15% of adults report being able to hold a conversation in English, according to UNESCO data from 2016. Because so few people speak it natively, most children do not learn it until they start school at age five or six years old.

It is also worth noting that while English is used in business and government, most Sri Lankans don’t use it regularly when speaking with friends or family. Nonetheless, knowledge of English has become highly valued within society due to its widespread use and perceived value relative to other languages like Sinhala or Tamil.

The Creole Malay (also known as the Javanese Malay) is a creolized form of the Malay language spoken in Java, Indonesia. It has been influenced by Dutch and Indonesian languages since the colonial period. The word “creole” refers to the fact that this language is created by mixing different elements of various cultures. The term “Malay” here refers to the ethnic group called Malays, descendants of immigrants from southern India. However, in the 19th century, the written form of Sri Lankan Malay used the Gundul alphabet.

History of Language in Sri Lanka

The term “Malay” was first applied to a group of people who were said to have migrated from mainland Southeast Asia into Sumatra and Borneo during the 1st millennium AD. They spoke Austronesian languages and had similar customs to those of the peoples of the Malay Peninsula. The earliest recorded reference to these people occurs in the 14th-century epic poem Hikayat Hang Tuah.

A later migration, probably related to the expansion of Islam, brought speakers of Austronesian languages to the island of Timor, where they founded the Kingdom of Ternate. These people came to be known as the Timorese. It is considered an Austronesian language and comprises a mix of Sinhalese, Tamil, and Malay.

In 1669, the Portuguese explorer Francisco de Almeida wrote about the inhabitants of the Moluccas Islands, calling them Malaes, which he interpreted as meaning “people.” He did not specify the origin of the people but assumed that they originated from southeast Asia.

In 1714, the British East India Company established trading posts on the islands of Ambon and Seram and began referring to the local population as “Malays.” However, they still referred to them as “Indians.”

The name “Malays” eventually became associated with the people of the Malay Archipelago, who were initially thought to originate from southeast Asia. 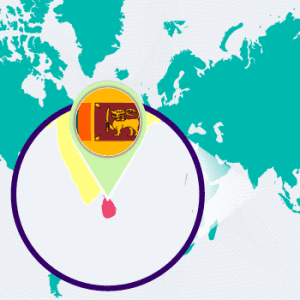 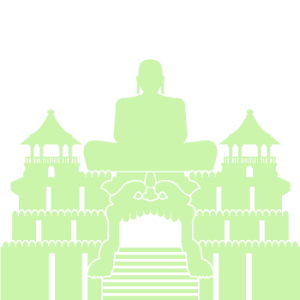 Sri Lanka’s history is divided into four distinct periods: the Vedda period, the Buddhist period, the Muslim period, and the modern era.

The Vedda period lasted from approximately 1000 BC to around 200 BC. During this time, the Veddas lived in isolated mountain valleys and forests, subsisting on hunting and gathering. Their lifestyle was based upon animism and nature worship.

The Buddhist period started after the arrival of Buddhism in the 3rd century BCE. Under the patronage of King Devanampiyatissa, Buddhism flourished. Many new monasteries and temples were built, and the country became one of the world’s largest producers of high-quality silk. The art of writing was developed. You are reading this blog post means that you are a super reader, so this blog post is for you to know what are the oldest languages in the world.

The existence of other Languages

Although English and Sinhala are official languages of Sri Lanka, there are many other foreign languages spoken by different ethnicities. These include Tamil, Urdu, Hindi, Konkani, Marathi, Pali, and Bengali, among others. Pali is the liturgical language of Sri Lankan Buddhists. While people from these communities may speak their native tongue at home or with friends, they will also likely be fluent in either Sinhala or English. For example, if a person from one of these groups meets someone from another community who does not speak their native tongue (e.g., if a Tamil person meets an Urdu speaker), they will usually communicate using either Sinhala or English to ensure that both parties understand each other.

In addition, it is common for members of different communities to intermarry, meaning that children are often exposed to more than one language from birth. It is not uncommon for people in Sri Lanka to be bilingual even though they do not have any first-hand experience speaking other languages themselves. This phenomenon is known as heritage language learning.

What language is spoken in Sri Lanka?

Sri Lankan English, Sinhala, and Tamil are the three official languages of Sri Lanka. The former two are closely related to each other, while the latter one is a Dravidian language. Sinhala is the national language of Sri Lanka. It is spoken by most of the population of Sri Lanka. Sinhala is a Sanskritic Indo-Aryan language derived from Prakrit, Pali, and Old Persian.

Tamil is the second official language of Sri Lanka. Its origin lies in South Indian languages like Telugu, Kannada, Tulu, Malayalam, etc. Tamil is a Dravidian Language that has been influenced by Sanskrit, Arabic, Persian and European languages.

How many languages are spoken in Sri Lanka?

Sri Lanka is a multi-ethnic country, with Sinhalese being the majority. There are also Tamils and Muslims living there as well. The official languages of Sri Lanka are Sinhala and Tamil. English is widely used in business and government offices. Other languages are spoken in Sri Lanka include:

What are the top 3 languages spoken in Sri Lanka?

Here are the top 3 languages according to the number of speakers in the country:

Sinhala – The official language of Sri Lanka, Sinhala is spoken by almost all citizens of the island nation. It is a derivative of the ancient language called Proto-Dravidian, which was spoken by the original inhabitants of the region before the arrival of the Aryan settlers.

Tamil – Tamil is the second official language in Sri Lanka. It is a Dravidian dialect of India. It is spoken by about 9 million people in Sri Lanka.

No, Hindi is not spoken in Sri Lanka. However, Sinhala is the primary language spoken in the country.

Is Tamil spoken in Sri Lanka?

Tamil is Sri Lanka’s second official language, spoken by roughly five million people, or about 15% of the island’s population. Tamil is a member of the Dravidian language family, widely spoken in southern India, especially in Tamil Nadu.