What Languages Roman Speak? was last modified: May 11th, 2021 by Developer

When in Rome, be like the Romans. Yeah, certainly. But what about speaking like them? Is it possible to learn to speak like them? Well, if you know what languages Romans speak, you can at least try to do that. So prepare for a ride, as we take you back to the 2nd Century of the Roman imperial world.

When it comes to the language of the Romans, we have to take a stroll down memory lane. The Roman Empire was famous for its magnificence. But it was not the only thing that piqued historians’ interest. It was the linguistic division. Latin and Greek were the common languages Romans spoke. Before it expanded into an Empire, the aristocracy mainly spoke Greek whereas the masses used the Latin language as the means of daily conversation.

Although most people believe that the standard language of the Roman Empire was either Greek language or classic Latin for centuries, that’s not historically correct. During the earlier period, there were many regional vernacular languages that the natives spoke. Coptic, Syriac, Semitic languages, and Aramaic were the largest groups at that time. 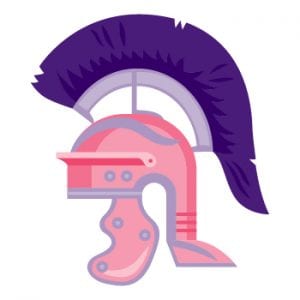 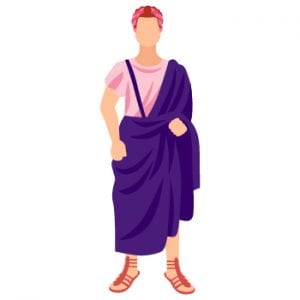 The influence of the Greek culture was pretty eminent in the region but the Romans chose ancient Latin over Greek. Not only did they use it for communicating with others, but also for legal purposes. The Greek-Latin Bilingualism prevailed for quite a long time in the region.

However, when the Empire expanded to Italy, most of the population there was already speaking Greek. With their extravagant possession over other cultures and groups, Greek became the language of the Mediterranean very quickly. This majority overtook the Latin-speaking population and eventually, all of these people became known as Romans.

Digging into the base of a language is harder than you can imagine. Going through unlimited records, finding the earliest inscriptions, and validating the authenticity of a text, it’s quite a meticulous task. Perhaps the same reason why there is very little evidence on the origin of linguistics.

Luckily when it comes to describing what is Latin, we can track its history through the orthography Duenous Inscription. It is one of the earliest ancient Latin texts, dating back to the 6th Century. However, Latin is considered even older as Latin Script was used in the 5th Century as well. Some linguists even say that the Latin Alphabet was used for messages in the 4th century when Italy was at war. We can assume that this claim must be true as Latin influence can still be seen in many Germanic languages including English.

What Language Does The Roman Speak?

Greek slowly became the lingua franca of the region but it was initially one of the foreign languages. There weren’t many people who understood Greek in the court, and people had to look for a translator to understand it. Since not many people were in favor of Greek, it was eventually associated with Paganism and was discarded by the bishop.

The historic interception of Greek and Latin tells us a lot about the multilingualism of the Roman Empire. Interestingly, the Latin alphabet was derived from the Etruscan alphabet which was drawn from the Greek alphabet. Before Rome adopted the Greek alphabet, many Greek colonies were already using it for various reasons.

This amalgamation of material culture and diversity of languages in the Roman Empire was because the Romans took over the entire Italian Peninsula. After the empire collapsed, the administration was more interested in making Greek the language of the court as opposed to Latin which prevailed in the society for years.

It is important to remember that today when you speak about the Roman Empire, you refer to Italy. The Italian culture is largely influenced by Latin and Greek cultures. But surprisingly, the Italian language is vastly different from Greek in terms of vocabulary. It is because Greek belongs to the Hellenic group and Italian belongs to the Romance languages. Both are not related closely. 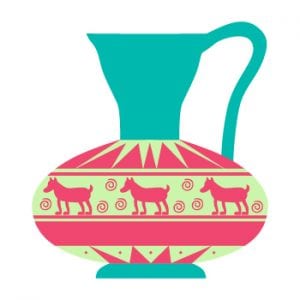 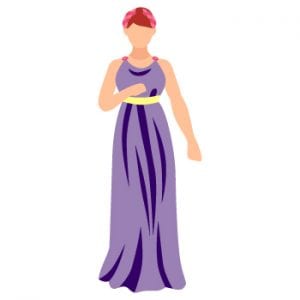 Is Latin A Dead Language?

If you are an avid researcher, you’ll know that this universal language, even though has derivatives in modern languages, it has no distinct recognition. Now, it is not entirely true.

Latin is the only primary language which transformed into other versions many times. First, it was neo-Latin, then it was Vulgar Latin. From Vulgar Latin language, emerged the Romance languages. Spanish, French, Italian, Portuguese and Romanian, all have the essence of Latin. Since these languages are very much alive, we can’t say that Latin is Dead.

There are many other terms in sciences such as biology, chemistry, and physics. These sciences also have symbols that belonged to the earliest versions of the Latin language. If you are more interested in knowing all about the foreign languages of the Roman Empire, you can learn about them in Oxford books.

Translation From and Into Romance Languages

Traveling is an essential part of our lives. Learning about new cultures is the basis of our existence. And without understanding each other, we just can’t move forward. Thankfully, there is a way, translation. The world of translation has evolved drastically. But choosing a translation service requires more than just browsing through the internet. You must know what it takes to be a reliable source. But again, we are here for you. With us being around, you don’t need to search for a translation partner.

If you have a translation requirement that is urgent and very specific, we are the people you need. Our specialized expertise in Romance languages is exemplary. We are keen. Our approach is holistic and we are always ready to take care of your literary and non-literary projects. Whether you are thinking about expanding your business in Italy or want help with immigration translations, our translators are always at your disposal.

Our native experts have been delivering top-notch services to a large audience. With a wide array of services, our correspondents are ready to take your call 24/7. Communication is our strongest suit. Live chat, email, and instant quote options are readily available for our invaluable customers. If you’re looking for Italian translation services, check this out.

How To Get In Touch

Simply go to our contact us page. Fill the form and send us your query right away. You can also go to the bottom of the home page to view the phone numbers and the email to share your queries in detail.

So, this is it. Talk to us about all your translation requirements and we’ll be happy to assist you in the best way possible.

Keep reading our blogs for more interesting facts about languages, people, and culture. 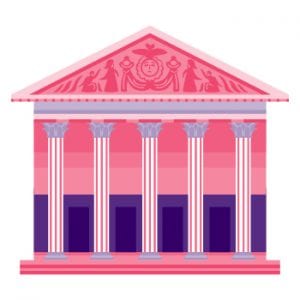