Why is the United States So Desired for Immigration was last modified: January 17th, 2021 by Anita

Why is the United States So Desired for Immigration

Why Do People Immigrate?

Since some countries have to face a lot of problems and cannot provide basic facilities to their citizens, many people immigrate to other states so they can live a peaceful and happy life. Here are the biggest reasons why people immigrate: 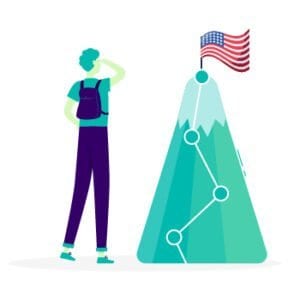 Immigration and the United States:

The US has always been the top choice of people for immigration. Throughout the years, millions of people have immigrated to the US. They continue to contribute to the economy of the US. Today, it is impossible to picture the US without its immigrants because they are as much a part of the population as the native citizens.

There are various ways of immigrating to the US, but people can only reap the benefits of becoming an American citizen if they do it legally. Although the process is complicated and a lot of applicants get rejected every year, it is still the best option for those who wish to become American citizens.

Why is the United States So Desired for Immigration?

There are so many countries in the world with strong economies that offer the basic human necessities to their citizens. They not only have good per capita income but also give their citizens the freedom to live their lives freely. However, the US continues to be the most desired location for immigration. Why is it that people ignore places like Norway, Sweden, and New Zealand and decide to immigrate to the US instead? The answer to this question is not very simple.

Here is why the United States is so desired for immigration: 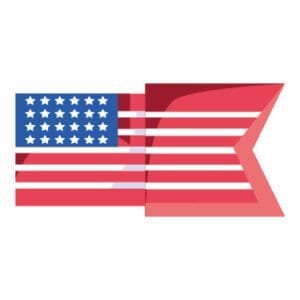 The American Dream is not just a concept but a reality for many people who immigrated to the US and ended up becoming financially successful. Career and business opportunities in the US are endless. The country is home to some of the biggest companies in the world, which is why people of different fields can apply for jobs here. And if they are qualified and hardworking, they can easily grow in their industry.

America is known for offering personal freedoms to its citizens. They can practice their beliefs in peace. They can also be whoever they want to be without the fear of persecution. People are not targeted by the state for their beliefs or lifestyle.

The US has a favorable image in the outside world. Hollywood movies and American TV shows have made foreigners fall in love with the US and what it can offer them. People want to live the same life that characters in movies and tv shows are living in the US.

People from sub-Saharan Africa wish to move to America because they have seen glimpses of prosperity that they don’t get to see in their homelands. They wish to improve their financial situation by moving to the US.

If you are planning to immigrate to the US, then you should follow the proper guidelines. You should gather your documents in advance, so you don’t have to worry about them at the last minute. You will also have to get your birth certificate translated into English by qualified professionals. It is important that you get certified translations of your documents; otherwise, the authorities will reject your application. Find the right linguistic experts to get accurate translations.