Two people can have the same genetic makeup and still grow up to be different from each other due to their surroundings. The environment plays a huge role in shaping us. It affects everything in a person’s life. And since societies are made-up of likeminded people, those with similar mindsets tend to gravitate towards each other. This is why you will find uniformity in the ideas of people living in certain parts of the world. However, society does not only affect people. Everything from culture and language gets affected by the environment. If you are an English speaker from England, you may not be able to understand an Australian when they use too many slangs. Although their official language is English too, they have added their own touch to it.

A language can develop drastic differences from its other versions because of its environment. When it is brought over from its place of origin to a different culture, it grows in a way to adjust to its surroundings. It absorbs local words and slangs from the region. Dialects also develop differences this way. Spanish is one of the most widely spoken vernaculars in the world. It is spoken in different countries around the world, where each of them has their own cultures. Although it is officially recognized in over twenty countries, the number of states where you can find Spanish speakers is much greater than that. 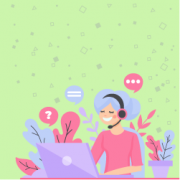 Today, even the US has a great number of speakers of this tongue due to the steady flow of immigrants from South American countries. It was the colonization of Latin America through which the Spaniards brought their vernacular to this region. Today, it has become an inseparable part of the native culture and is not the same vernacular that is spoken in Europe. Although the Royal Academy from Spain tries to keep the vernacular safe from too many changes, it is impossible to keep it the same everywhere.

A lot of people don’t know that the Republic of Guatemala is the most populous state in Central America. Its population is a little over seventeen million. It is home to different types of vernaculars. Along with 21 Mayan tongues, indigenous, and Amerindian languages are also spoken in the country. However, the tongue that is spoken by the majority of the population (93%) is the Guatemalan Spanish. It is the variant of the Spanish language, which is spoken only in this country.

It is also recognized by the state as the official language. But not everyone in the country speaks this tongue, and many speak it as their second language. However, that hasn’t decreased the importance of the vernacular in the country.

If anyone needs to get their English documents translated into a Guatemalan language, they will have to be sure about it first. Multiple tongues are spoken in the country, and none of them are similar. You must be sure that you need the translation in Spanish before you contact a native translator for that. When it comes to indigenous languages, it is worth remembering that they do not have a lot of speakers. Finding professionals who can help you with is not going to be easy. However, since the state handles everything in Spanish, there is a high chance that you won’t have to find an indigenous language expert.

The Guatemalan Spanish of today is unique. It is not spoken in any other part of the world. So, if you need to find a translator for it, you must find a native speaker. Someone who has spent their whole life in this country will be able to understand the vernacular properly. But if you hire someone who is only familiar with other types of Spanish, they won’t be able to provide you with a quality translation. If you have difficulty finding a native expert on your own, you can always get in touch with an agency and ask them to connect you with a professional. They will be able to find the right expert for you, so your linguistic problems can be solved.

It is worth remembering that when you need the translation of government documents, it must be certified. If it is not accompanied by a signed declaration of the expert that it is complete and accurate, it will not be accepted by any office. As long as you know what certified translation is, you won’t have trouble finding the right expert for it. Anyone who is willing to risk their career on the quality of their work must be confident of their abilities. You can also trust such a person to provide you with quality assistance. And if you find a good agency, you won’t even be charged much for the service.

Whether you want to move to Guatemala for good or visit the country for volunteer work, you will have to get your documents translated. Without these translations, you won’t be able to go anywhere in the world. It is better to do your research about translation agencies beforehand, so you already have a name in mind when you actually need linguistic services. This way, there won’t be any unnecessary delays. You will get your quality work at affordable rates and long before the deadline. The best way to travel is being prepared for all the possibilities, and getting your documents translated is one way of ensuring a stress-free tour to a foreign country.