UK’s Plans For EU Citizens. What Will Happen After October 2019 was last modified: January 17th, 2021 by Anita

UK’s Plans For EU Citizens. What Will Happen After October 2019

Posted at 11:39h in Certified Translation by Anita
7 Shares
Share
Tweet
Pin7
(Last Updated On: January 17, 2021)
UK's Plans For EU Citizens. What Will Happen After October 2019

Brexit! It is one of the hottest international of the decade. It is a jargon that merges Britain and exit. It implies that the United Kingdom is exiting the European Union. Brexit was initiated by a referendum held on June 23, 2016, that gives everyone a choice to vote for the Britain’s fate in the European Union. The referendum resulted in a 51.9 percent votes to leave the bloc against the 48.1 percent votes of those who want to remain with it. The turnout of the referendum resulted in 71.8% after more than 30 million people voted.

During the voting, leaving the bloc won in England after a 53.4 percent to 46.6percent result. Wales also voted for Brexit after 52.5 percent of the voters decided to leave the bloc. Scotland and Northern Ireland decided to stay on the bloc, with voting results 62% to 38% and 55.8% to 44.2% respectively.

The European Union is an economic and political partnership between 28 European nations. The bloc was formed after World War Two to promote economic co-operation in the region aiming to increase the trade ties between them and to avoid the risk of war against each other. The bloc became the “single market” for the nations allowing member states’ goods and people to move around in the region. Euro became the official currency of the bloc, used by its 19 member countries. The bloc has its Parliament, and it is now setting rules in many areas, including the environment, transport, consumer rights, and even things such as mobile phone charges.

Brexit had been due to leave the bloc on March 29, 2019. The members of the bloc rejected Brexit three times after reaching the council. Brexit will take effect two years after it started the referendum in, 2017 as invoked by the European Union’s Lisbon Treaty.

When Britain is expected to leave the bloc?

Britain is expected to leave the bloc at 23:00 GMT on October 31, 2019. The United Kingdom will leave the bloc on the first day of the following month if the two parties ratify the withdrawal agreement before then.

There is still hope that the Brexit can be, but it requires a change in the law in the United Kingdom. However, both the government and the opposition in the United Kingdom want it to leave the European Union. On December 10 last year, Europe’s Court of Justice decided to give the United Kingdom the choice to cancel the Article 50 Brexit process without the permission of the other 27 European Union members provided that they follow a democratic process. The Parliament will decide its faith based on member states votes. 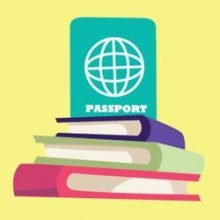 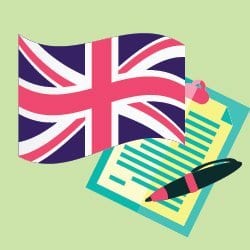 The opposition wants to leave the European Union without a want deal. They want to end all ties with the bloc immediately. The Brexit risks a significant disruption to business operation in the short term as customs on other nations imposes stricter policies over United Kingdom goods. Retailers warned against shortages of fresh products. The NHS is now hoarding supplies of medicines to avoid interruption of supplies. Investors also warn of the long-long term impact on the economy. Pro-Brexit is claiming that the United Kingdom is free to conduct business in all nations around the world if Brexit goes on.

The United Kingdom is expected to trade with the European Union under the World Trade Organization rules with the no-deal Brexit. The organization sets rules for nations without free trade with other countries. Theresa May’s proposed deal will be realized only with the approval of the Parliament. The proposal is currently losing after two sessions of votes.