Certification vs Certificate was last modified: November 28th, 2019 by Anita

How important is it in your life to have approval of the people you value the most? It is probably one of the ten most important things in your life, right? It is human nature to have the need to be accepted and appreciated by the people we love. But when it comes to those we respect and think highly of, we always want to get their approval in one way or another. Some of us have done pretty silly things too just to get the approval of someone we value. Some kids do silly stunts just to impress their elder siblings. Students work hard to do an assignment in a unique way just so they can get the approval of their teacher. Some even shares stories about the class with the teacher just to get in the good books of the latter.

We never stop wanting approval in life no matter how old we get. In practical life, we have our employers to impress. But even if people do that because it is their job, part of them desperately wants to get the approval of their experienced colleagues. A newly famous scientist would want to impress the former experts. A new surgeon will have to get the approval of the head of the surgery before they can make a place for themselves among their colleagues.

There are also instances of approval that people can get from institutes or government offices. For instance, when a government body awards an expert with an honorary certificate, it increases their influence on the members of their field. This is why people never stop pursuing approval, whether it is from their friends, family, employers, or the government. However, in order to get a certain honor or approval of a person, people must know the criteria they should be following. 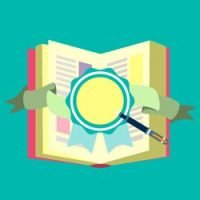 Languages are pretty great and helps humans in conveying their messages to each other easily. But a thing wouldn’t be beautiful if it wasn’t a little complex and the same holds true for languages that can get pretty confusing at times. There are plenty of words in the English language that drives people crazy. Even the native speakers aren’t safe from such confusions. And who can blame them when there are words like right, point, and type that have multiple meanings but are pronounced the same way each time. 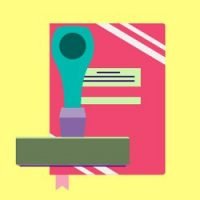 No one can become an expert of languages to the point where they never need help of any kind. Languages are always evolving which means there will be additions of new words every so often. So, it is completely understandable if you come across something that you don’t understand. In today’s world where youngsters are making new slang words every week, it can be hard to keep up. But thankfully, the internet is always there to help those who feel left behind at times. So, whether it is words like knight and night or hour and our, it is okay if you confuse the two and end up using the wrong spellings one time.

However, when it comes to official business, mistakes, even a single one, will not be tolerated. Which is why it is important to be sure of the meaning before going forward with a statement or preparing a document. It is okay to use different sources to get help as long as they will make sure you end up avoiding mistakes of all kinds.

There are words in the English language that are so similar that it frustrates people to learn that they different meanings. However, it is very important to know the differences in meaning especially when a lot is at stake. For instance, when you need a translation for submitting with your immigration application, and you don’t know the difference between certification and certificate, you won’t be able to find the right translator for the job.

The two may look similar but there is a difference between certification and certificate. A certificate can be any official or valid document issued to a person. For instance, a birth certificate is issued after a baby is born and it contains all the information about the birth. A certificate is also something people get after they finish studying a course. It can also be awarded to people who attended a workshop.

In the world of translation, there are many words that can confuse people. But instead of letting those terms get to you, it is better to find out their meaning so you can develop a better understanding of how translator work. This will help you find the right professional for the job each time you need a translation. You will also be able to trust a professional more if you knew what their qualification is and what their certification means. So, now that you know the difference between certificate and certification, use that knowledge to get better translation services.